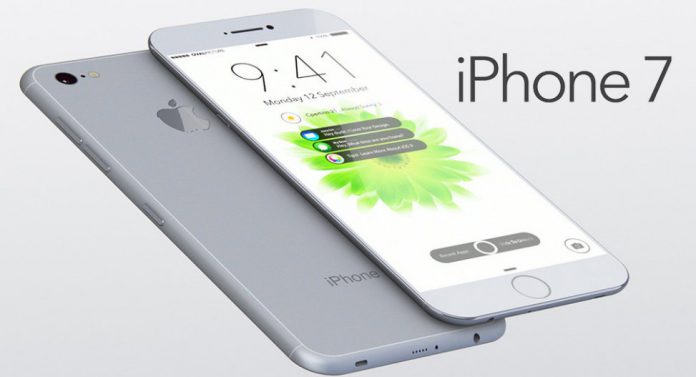 IPHONE 7 AND 7 PLUS: EVERYTHING YOU NEED TO KNOW

At long last, the iPhone 7 is here. At the Bill Graham Civic Auditorium in San Francisco, Apple continued its traditional naming structure with the introduction of the iPhone 7 and the iPhone 7 Plus. We’ve been playing around with the upcoming iOS 10 operating system in beta for the better part of two months, and the iPhone 7 and 7 Plus will ship with the new OS, but we were excited to learn more about the actual phones.

Here’s everything you need to know about the new iPhones, and trust us, there’s a lot of interesting changes.

The iPhone 7 and the 7 Plus aren’t part of Apple’s major update cycle — you’ll have to wait for next year’s model for that, and of course rumors are already abound — but they do have some awesome new abilities.

Both the iPhone 7 and 7 Plus are (finally!) water- and dust-resistant (IP67), meaning you’re free to get them wet without worry. That means you’ll be able to take either of them underwater for about 30 minutes, up to 1 meter deep. 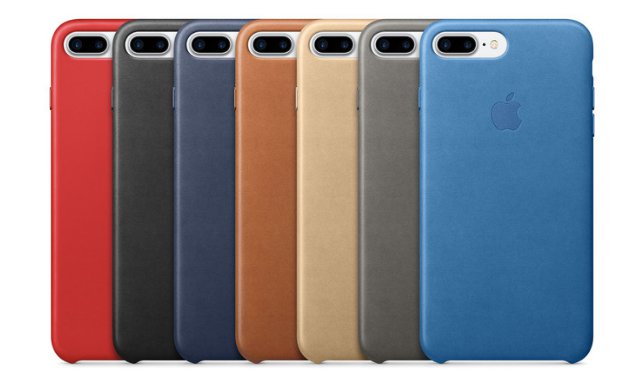 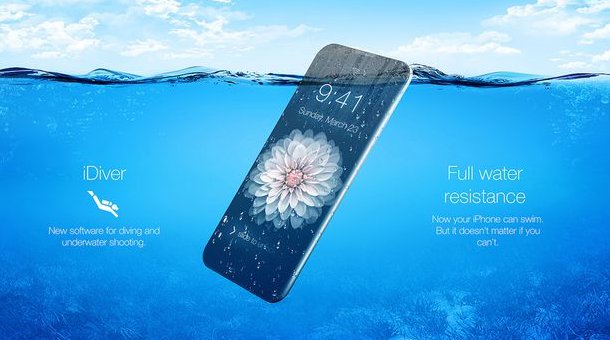 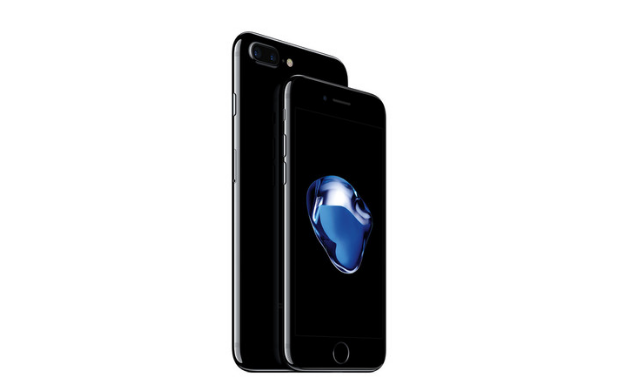 The two new devices maintain the same aluminum body and don’t look a ton different than 2015’s iPhone 6S and 6S Plus. They even share the same respective screen sizes: a 4.7-inch display on the 7, and a 5.5-inch screen for the 7 Plus. The Plus sports a resolution of 1,920 x 1,080 pixels, and its smaller brother packs 1,334 x 750 pixels. Both screens are 25 percent brighter than the 6S and display a wide color gamut. But the differences are still noticeable. Both of them feature a “pristine, mirror-like surface” and a high-gloss finish. “The high-gloss finish of the jet black iPhone 7 is achieved through a precision nine-step anodization and polishing process,” according to the site. “Its surface is equally as hard as other anodized Apple products; however, its high shine may show fine micro-abrasions with use. If you are concerned about this, we suggest you use one of the many cases available to protect your iPhone.”

Yes, Apple just recommended you get a case for the jet black iPhone 7 because it’s prone to scratches.

The new phones also do not feature antenna bands anymore on the top and bottom. Instead, those bands are now barely visible on the bottom and top edges.

Apple is also bringing more colors to the iPhone 7, so in addition to silver, gold, and rose gold, you can also choose between a glossy “jet black” and a matte black color. The jet black replaces the famous space grey color.

The camera on the rear still sticks out a little, but the most noticeable difference is on the iPhone 7 Plus. It features dual-cameras on the rear, similar to smartphones like the LG G5. It’s the first iPhone to ever have such a feature, which is easily identifiable on the back of the device. We’ll go into more detail on the cameras later in this article.

Finally, the iconic home button now features a new version of the pressure-sensitive and Touch ID sensor. It no longer actually clicks, but simulates one via a vibration like the Force Touch trackpad on MacBooks. The Force Touch Home button offers Taptic feedback and this can be programmed via third-party applications to offer “new feelings and experiences.”

Both new iPhones also utilize stereo speakers — both at the top and bottom of the devices — and Apple says they feature “increased dynamic range.” However, those speakers are exactly where the headphone jack used to be.

The iPhone 7 and 7 Plus no longer feature a 3.5mm headphone jack. That means you’ll have to rely on a Lightning converter for your current headphones, or upgrade to a pair of Bluetooth earbuds. 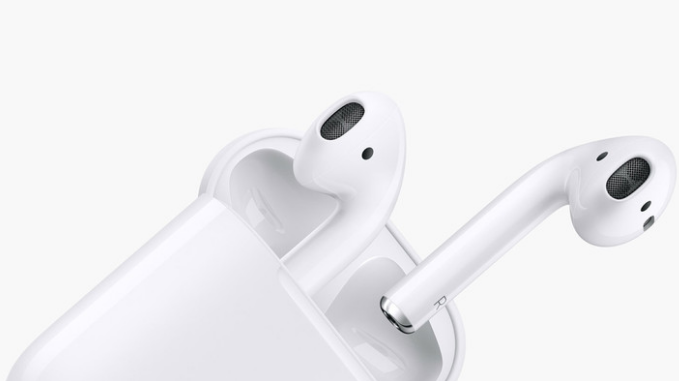 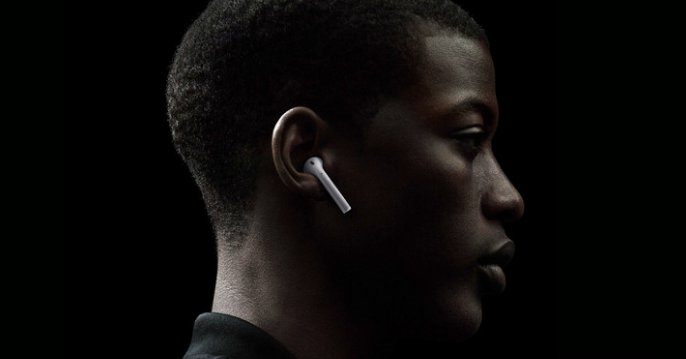 To make up for the missing headphone jack, Apple is including a pair of Lightning-connected (wired) EarPods in the box and a Lightning-converter for your 3.5mm headphone plug. The big downside: you cannot charge your phone and listen to music at the same time.

The lack of a headphone jack also prompted Apple to improve wireless audio — the result is the W1 wireless chip. It’s implemented in another new Apple product, the AirPods, which are completely wireless and get 5 hours of battery life.

Apart from the new high-gloss finish and water-resistant rating, there are several other major changes under the hood of the iPhone 7.

The iPhone 7 and 7 Plus utilize Apple’s most powerful processor ever — the A10 Fusion. It’s a 64-bit quad-core processor that’s 40 percent faster than the A9 in the iPhone 6S and 6S Plus. Apple says it’s 120 times faster than the original iPhone.

The processor also improves the iPhone 7 and 7 Plus’ graphics — it’s 50 percent faster than the A9. The 7 also comes with 2GB of RAM, whereas the 7 Plus offers 3GB.

The battery is also the best ever compared to previous iPhones. The Cupertino company says the new iPhone 7 will last 2 hours more than the iPhone 6S, and the iPhone 7 Plus will add an additional hour over the iPhone 6S Plus. 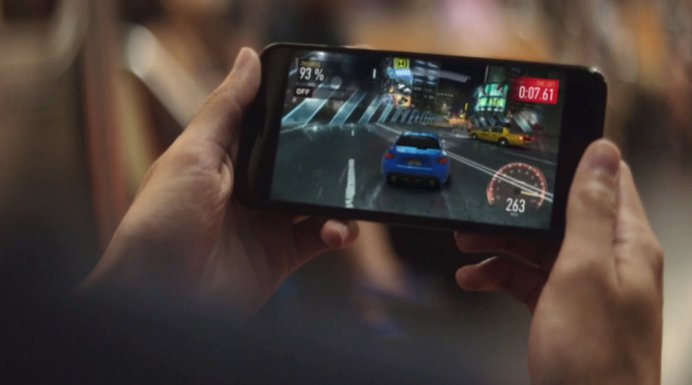 The first two cores are for high-performance actions, and the remaining two are high-efficiency ones. Apple has designed a performance controller to determine which actions make use of either set of cores. For example, checking your email will most likely be powered by the high-efficiency cores, which is better for saving battery life.