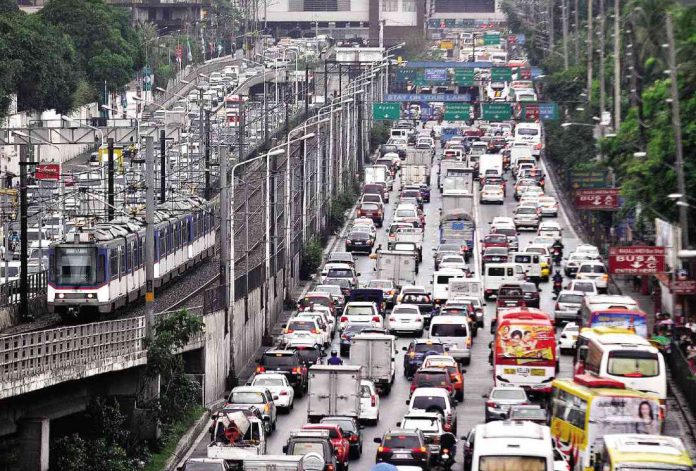 How The Duterte Administration Plans To Ease Traffic In 100 Days – President Rodrigo Duterte and his administration showed us during their first week that a lot can in fact be achieved in seven days, among them opening the gates of the Department of Agrarian Reform to rallyists and stopping “tanim-bala” for good. Now all eyes are set on his first 100 days as President.

While majority of Duterte and his cabinet’s policies are focused on eradicating corruption and spreading wealth in the country, the tough-talking President from Davao has also been vocal about his plans of solving the country’s traffic problems—and for good reason. According to former National Economic and Development Authority (NEDA) secretary Arsenio Balisacan, the country loses at least P3 billion per daydue to traffic jams alone. If not solved, the Japan International Cooperation Agency predicted the figure will double to P6 billion by 2030.

To aid him in putting an end to this crisis, Duterte enlisted former Clark Development Corporation (CDC) CEO Arthur Tugade to become his main man for the Department of Transportation and Communication (DOTC). Last week, the Transport secretary laid out his plans on how they plan to improve traffic, mass transit, and public services in his first 100 days.

With the goal of getting additional powers to aid him in making quick and viable solutions to the country’s traffic crisis, Duterte is looking at seeking help from the congress to grant him additional powers that would last for two years.

According to Tugade, among the special remedies the President can do with the help of the emergency powers are the following: open gated subdivisions to the public to create alternate routes; skirt biddings to quickly begin infrastructure construction; and move provincial bus terminals on Edsa to a central station in a less cluttered location. The said emergency powers, if implemented by the Congress, will last fora maximum of two years.

Before his campaign even started, Duterte had expressed his interest in moving some of the ship traffic at the Batangas Port. This is because the volume of ships that use the ports of Manila to haul their goods contribute to Metro Manila’s heavy traffic, as trucks have to move their cargo from ports to other places in Luzon through Metro Manila’s major thoroughfares. Not to mention, the trucks stand by the perimeters of ports for days, thereby clogging the roads near the terminals.

Once the shipping routes have been dispersed, the number of trucks passing through Metro Manila will be reduced even with the limited time window trucks can use major roads like Edsa and C-5 Road.

Transport undersecretary Noel Eli Kintanar, meanwhile, said they plan to add 12 more MRT-3 coaches in the first 100 days of the agency, with an increased speed of 50 kph. The train system currently runs on 48 coaches at a speed of 40kph.

If building more roads can severely cripple the traffic, then the solution to Metro Manila’s crippling traffic jams may probably be in the sky—literally.

Days before the inauguration of President Duterte, Tugade said that the administration is seriously considering the installation of cable cars in Metro Manila, using untapped space on top of the metro’s congested roads to traverse around more quickly.

The Transport secretary added that once it becomes approved, it will only take 18 months before the project becomes operational. When that time comes, some 12 million residents of Metro Manila may finally be able to enjoy unobstructed travel to the different parts of the city’s capital.

Aside from using the sky, Duterte also recommended opening a train along Pasig River, a thoroughfare that cuts straight through the heart of Metro Manila. In addition, the Pasig River is not covered by the rights-of-way claims that usually hound most of land areas in the country, a process that can make construction of new roads longer and more tedious.

No doubt, the Duterte administration has commendable plans of easing the traffic congestion in the country such as installing additional train units, but these actions may take time and the first 100 days may or may not be enough. Can the new administration capitalize on the momentum of their first 100 days? The best we can do is to keep our hopes high.

HOW TO MAKE SALTED EGGS

Here are the instructions on how to make homemade salted eggs INGREDIENTS 1 dozen eggs (duck or chicken) 500 grams...