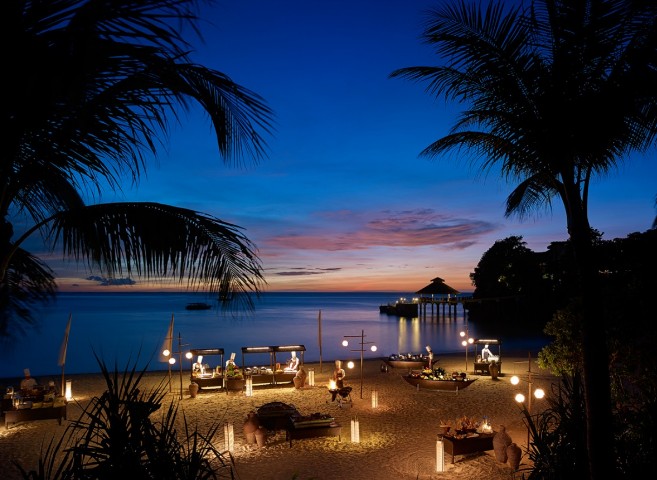 Destination Philippines: How to Travel to One of the World’s Best Beach Getaways – When it comes to beaches and seaside getaways, my standard leans north of very high. That may sound like an exaggeration, but it’s pretty much my birthright.

You see…I grew up in the Philippines, where immaculate beaches with equally pristine waters abound. And I didn’t waste time in my teens and early twenties: I explored as many islands as I could. Sure, there were so-so shores—but for the most part, it’s a beautiful country with amazing coastlines.

Off the top of my head I can name many worthwhile destinations—such as Camiguin, Amanpulo, El Nido, Coron, Puerto Galera, and Caramoan. And even if you don’t feel like straying too far from civilization, you could always go to Punta Fuego in Batangas or the members-only Balesin Island in Quezon.

But one island always comes up in conversation: Boracay, which is now considered one of the most beautiful beach getaways in the world. And having been a “regular” who once went on solo trips at least once or twice a year, you can expect an honest guide from me. (And yes, there’s a way to do Boracay right.)

HOW TO GET TO MANILA, PHILIPPINES

People conveniently forget that it takes a while to get over the significant time difference, especially when you’re flying in from the Northeast. The Philippines is a full 12 hours ahead, sometimes 13—depending on DST. I would recommend staying in the city for a minimum of three days, just to get used to the heat and to get over jet lag. There’s no “real” direct flight to Manila from New York—not even with Philippine Airlines. (The carrier stops to refuel in Canada, despite the ads that say otherwise.) So fly Cathay Pacific, do a little shopping and eating during your Hong Kong layover, then stay at the centrally-located Peninsula Manila before you embark on your Boracay beach getaway.

HOW TO GET TO BORACAY

Many things have changed since my early solo trips to the island. Unfortunately, the NAIA Domestic Airport isn’t one of them. You’ll have to endure excruciating lines and the laughable lack of seats at the “waiting area.” But, the good news: a local airline, SkyJet, can get you to Caticlan in 35 to 45 minutes—for less than $150 roundtrip. (Caticlan is your first stop before hopping on a boat that’ll take you to Boracay.) Also, if your budget is hefty, you can call SkyJet and charter a private plane of your own. That will make your life infinitely easier.

The White Beach side of Boracay primarily consists of one long beautiful beach. It’s divided into three stations: One, Two, and Three. (One being the most upscale; Two being the most favorable for party animals who want to be close to the nightlife; Three being the least expensive). Back in the day, I used to be a Station Two girl. But now that I’m in my (early) thirties and no longer a sprightly spring chicken, my idea of fun has nothing to do with partying.

So if you want to do it my way and be far from the crowds, go toShangri-La Boracay. The resort is exquisite and the service is upscale. It’s no Amanpulo, but it’s fantastic—and not prohibitively expensive. Once you land at the Caticlan airport, the resort will have someone waiting for you. You will have your own van and speedboat to take you to Shangri-La’s side of the island (meaning: away from everyone else). That beats having to hail down a “buggy” and a rickety boat on your own. There’s even a lounge at the resort’s WiFi-equipped jetty port—so you don’t have to wait for your speedboat sans air-conditioning.

When you walk past the villa’s back gate, it takes three minutes to walk to walk to the beach and the pool.

I highly recommend booking the one-bedroom pool villa (at around $1,000 per night). What exactly does that entail? That means you have your own pool, your own gazebo, a sizeable backyard with a hammock, 24-hour butler accessible via a resort-provided mobile phone, and free breakfasts. Plus…the fact that your backyard leads directly to the resort’s Banyugan Beach, Alon bar, and free-form pool, you won’t reallyfeel the need to leave the premises.

Shangri-La’s Banyugan Beach is one of two beaches on the secluded property. The other one—Punta Bunga—is primarily used for the resort’s water activities.

If villa life isn’t your thing, the hotel’s seaview rooms and suites are also spectacular. Pro tip: Join Shangri-La’s Golden Circle before booking. This will get you perks and a 50 percent discount every third night through September 2016.

As much as I like doing nothing all day on a beach vacation, a trip to Boracay would be wasted without partaking in any activities. Shangri-La will have kayaks, snorkeling gear, and paddleboards—in addition to cruises and several classes. But I encourage first-time visitors to experience the expanse of White Beach, where all the action is. The hotel has shuttles running to and from White Beach every hour through 6pm. After six, it runs every thirty minutes through 1:30am. Once at White Beach, you can explore D’Mall, the island’s open-air shopping center—or book other activities such as parasailing, beach hopping, and paraw sailing. And yes, there are bars and the nightlife is very much alive.

Shangri-La has many dining facilities. But, as with most big-name hotels, the food is overpriced for what it is. You’re essentially paying for the ambience, which can be a little too chichi when all you want is a good piece of fish.

My suggestion: take the shuttle to White Beach. Then take a “tricycle” to D’Talipapa—the fish market. Make the rounds and buy the freshest catch you can find. Once you’ve finished shopping, take your purchases to one of the neighboring restaurants and have them cook your haul the way you want your food prepared—but remember, don’t be afraid to ask for suggestions. Depending on your cookery skills, there’s a high chance that the servers know more than you do when it comes to seafood. We got parrotfish (grilled); prawns (cooked in butter and garlic); squid (stuffed and grilled); crabs (steamed); and we had our sea urchins raw.

Beyond the talipapa, there are other White Beach staples: Go to Real Coffee for the calamansi muffins. Jonah’s Fruit Shake offers a slew of cold concoctions that really can’t be beat. Also, if you’re just looking for something wacky and bizarrely silly, have (buffet) dinner at Hennan Regency’s Sea Breeze Café and wait for the dancing chefs to perform.