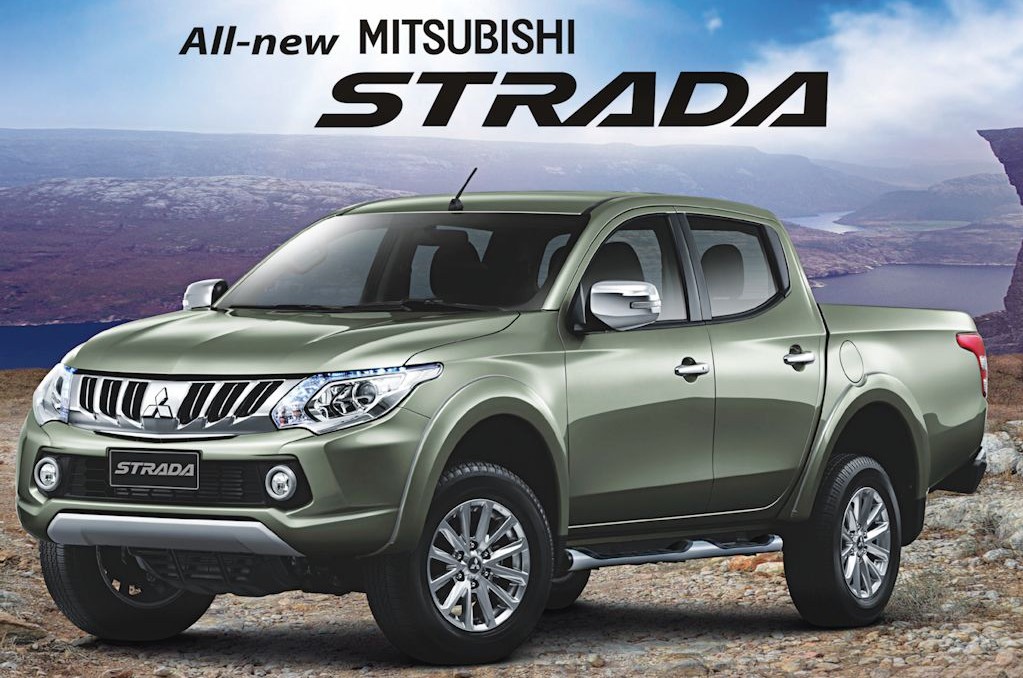 Mitsubishi Strada – 5 Facts You Must Know About This Pickup – Pickups look like very much in fashion these days in the Philippines automotive market, which is quite evident with the increasing demand of this segment drives. Taking note of this demand, almost all the leading automakers have added at least one pickup in their fleet to boost their sales.

Mitsubishi is no exception and it has Strada in its line-up for the Filipino customers. This pickup is on the verge of completing 4 decades of its
existence in the automobile market and across its 5 generations, it has proved to be a sales booster for its manufacturer. The last major revision in Mitsubishi Strada was made in the year 2015 with its fifth generation which again proved to be the reason of envy among its contemporaries. The company is never tired of boasting about the Strada’s technical specs which you can check out but here are some standout features, which you must know about this pickup. So, without any further delay, here we go –

While other competitive manufacturers are into increasing the overall dimensions of their drives, Mitsubishi has decided to keep it intact and compact. Well, the reason is quite simple. The Japanese company believes in comfort and maneuverability even in tight confines and so it has chosen to keep the dimensions compact enough. If you think that this compact structure can be a hindrance in the cabin comfort and space, you are absolutely wrong. The cabin has been carefully designed which resulted in 20 mm longer interior ensuring more space for the occupants. Also, the company claims Strada’s cabin to be the longest cabin in its segment.

Well, it would be better to call Mitsubishi Strada a Sports Utility Truck rather than a pickup. Though the company used this term for the previous generation model to attract the customers but the fifth-gen model actually has all those features and ‘that’ robust stance which is expected from an SUV. The manufacturer has given loads of additional features to the 5th-Gen than its predecessors, which make this truck look like a perfect amalgamation of the practicality of an SUV along with utility of a pickup. The J-Line design of Strada ensures best seating space in the cabin without hampering the cargo capacity expected from it. Also, Mitsubishi knows that the customers expect some off-roading capabilities in an SUV based pickup and so over the time it has enhanced the minimum ground clearance of this pickup, which now stands at 205 mm.

Well, talking about a vehicle and not mentioning its powertrain, is like cake without icing. In case of Mitsubishi Strada, its powertrain is one of its biggest asset. This pickup is powered by a 2.5-litre turbodiesel power unit which is capable of 136 PS of high power at 4000 rpm along with 324 Nm of high torque at 2000 rpm. Mated with 5-speed manual and 5-speed automatic with sports mode transmission across its variants, this engine shows its efficiency and performance on and off the road.

Safety at its best

Mitsubishi is counted among those automakers who take the safety of the occupants in their drives very seriously and Strada is no exception. The new Mitsubishi Strada has gone through extremes to ensure best safety of the passengers. Since Strada is a global pickup, the manufacturer has tested the strength of the structure in the harshest of environment in various countries. Cross members have also been carefully placed to allow less chassis flex without adding much weight. Deployment of cross members allow more rigidity to the chassis allowing better safety in adverse conditions.

Mitsubishi Strada is counted among those drives, which don’t compromise the comfort of the occupants in any manner. Even though this drive belongs to pickup segment, it ensures that there are soft ride and efficient handling even during off-roading. Mitsubishi engineers have worked on various techniques and technologies and finally increased the length of the rear leaf spring to ensure better rides while maintaining the one-ton payload capacity. With this, the manufacturer has also increased the cabin mounting capacity to isolate the NVH in a better way.