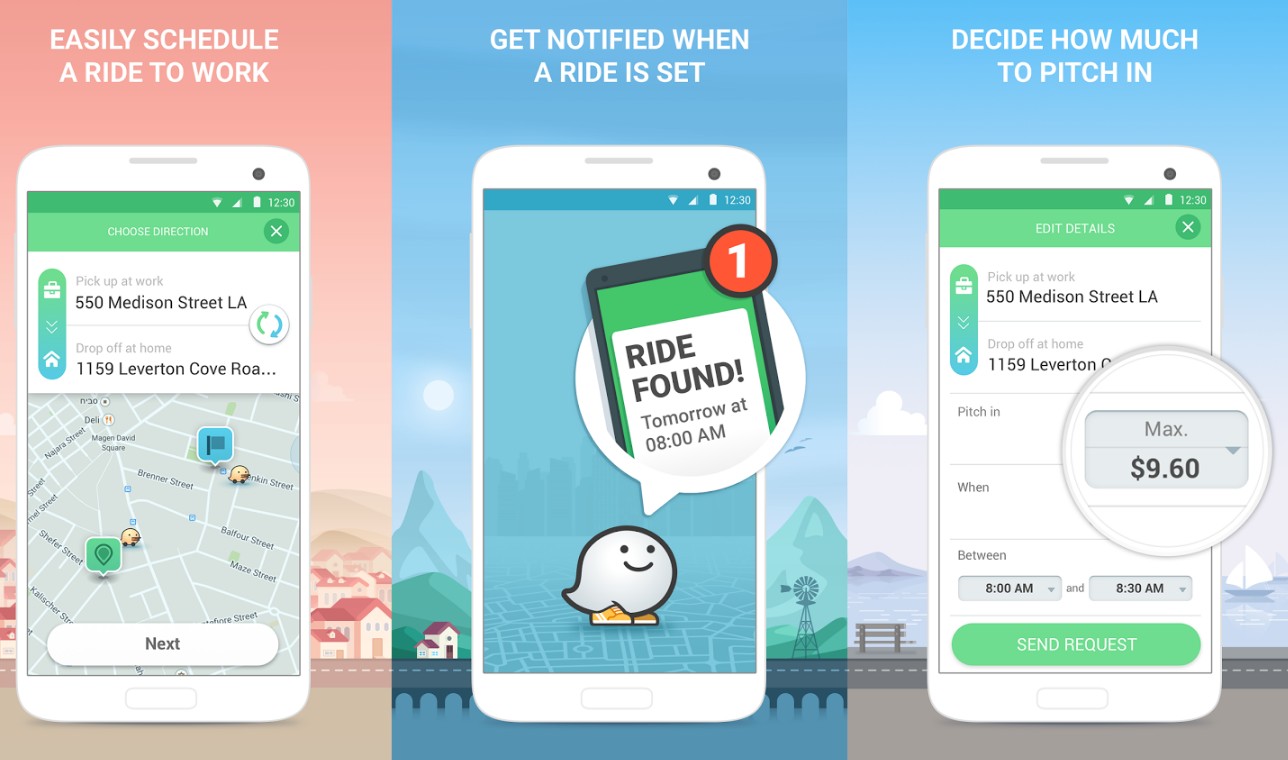 Navigation App Waze Testing Carpooling Service – Google-owned Waze has Uber and Lyft in its sights. The navigation app is rolling out a carpooling service called Waze Rider in the San Francisco Bay Area that will be available to more than 25,000 employees at select companies.Waze Rider is a free app that’s similar to UberPool, Uber’s carpooling service that allows customers to share an Uber—as well as the cost of said Uber—with other nearby riders. Unlike UberPool, though, which puts the driver in a for-hire position, Waze Rider will use Waze’s community-based navigation data to connect drivers with passengers whose destination is along the route of their commute. Waze Rider users will then be given a suggested amount to pay their driver once they’ve reached their stop—a figure will be based on the standard IRS rate of 54 cents per mile, according to SFGate.

While Uber and Lyft take a percentage out of paid transactions, Waze will not do so for the time being. This differs from another pilot program Waze began last year in the Tel Aviv area of Israel, reports SFGate. There the app took 15 percent of any paid transaction, although drivers could also opt to pick up passengers at no charge.

With Google’s self-driving car project continuing on with the help of Fiat Chrysler Automobiles, and Lyft announcing that it will begin testing self-driving Chevrolet Bolts on public roads within the year, Waze Rider appears to be Google’s way of utilizing the resources it’s invested in to eventually set up its own network of hailable self-driving vehicles.

Ever heard of the enchanted river of Surigao del Sur? Then, you will be amazed with another mysterious place located...