Ford EcoSport, the American crossover, brought a revolution in the crossover segment with its introduction in the year 2004. The popularity of this car is not restricted to any geographical boundary and with the up shooting sales, Ford only plans to keep it updated to accomplish with the needs of the customers. If we talk about sales, Ford is currently tagged on the 3rd spot with Toyota leading the charts in the Philippines. Also, Ford recently revealed its sales report for the first half of 2016 and proudly announced a growth of 61 percent, in comparison to the same tenure of last year, which is quite commendable. While announcing this report, the American company gave credit to 3 of its drives – Ford Everest, Ford EcoSport, and Ford Ranger. Ford EcoSport recorded sales of 852 units in June and 4367 units between January and June 2016. Surely, this crossover is a cash cow for Ford which hardly has to make any extra efforts on its sales.

Guess, it’s time to find out the real reasons behind its rocketing sales, so here we go –

Designed To Save Fuel

We all know that Ford EcoSport carries an aerodynamic structure which encourages its performance. Also, the crossover is designed to appeal to the youth who prefer hatches and sedans over big drives. The chrome accents at the front add elegance to the modern and robust exterior. The structure of EcoSport is not only robust but, intelligently designed to save fuel and hence, your money. The ridges on the bonnet and wraparound headlamps direct air away from the windshield while the kicker at the rear deflects air from the car for better mileage.  In standard conditions, Ford EcoSport with its 1.5-litre engine delivers a mileage of 15.8 kmpl in combined driveways. 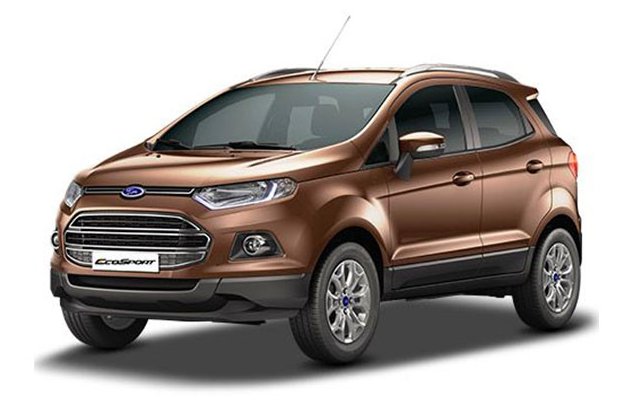 Ford EcoSport is known for its compact yet comfortable cabin. Since this drive is designed and engineered to run on cramped city roads as well as highways, the structural dimensions have been  wisely calculated. EcoSport counts to 4245 mm x 1765 mm x 1708 mm (L X W X H) along with a wheelbase of 2521 mm which is pretty good for 5 occupants. The minimum ground clearance has been kept 200 mm so that you may take it on diverse terrains.  This compact structure makes it convenient to maneuver in the confined roads of the Philippines without compromising on the comfort of the occupants.

Do you know that Ford recently received Engine of the Year award for its 1.0L EcoBoost engine? Well, unfortunately, we Filipino have not got this privilege in the Philippines centric EcoSport model but some of the other countries are enjoying it. Anyways, we have got 1.5-litre TiVCT petrol engine which is equally good in performing and delivering what is promised in the brochure of EcoSport. The naturally-aspirated engine of this crossover generates a peak power counting to 110 PS at 6300 rpm along with a peak torque showing 142 Nm at 4500 rpm. Across the 3 trims of this crossover, this engine is mated with either 5-speed manual or a powershift 6-speed automatic transmission. Coming to the ride & handling part, this Ford cross is packed with McPherson strut type front and semi-independent twist beam type rear suspension system which coordinates well even in the rough and hilly terrains ensuring jerk free drives for the passengers. Well, the engine looks silent on low revs but if you accelerate it over 4000 rpm, you might hear some noise which is within tolerable limits.

The American brand claims that they have packed this cross with abilities of an SUV. All, we would say is if you have a crossover with a 500 mm water wading capability and features like Hill Launch Assist, you can confidently claim such things. Surely, this American drive is an asset for us Filipinos who have to face flooded city streets every monsoon which make the driving difficult in hatches and sedans due to less ground clearance. 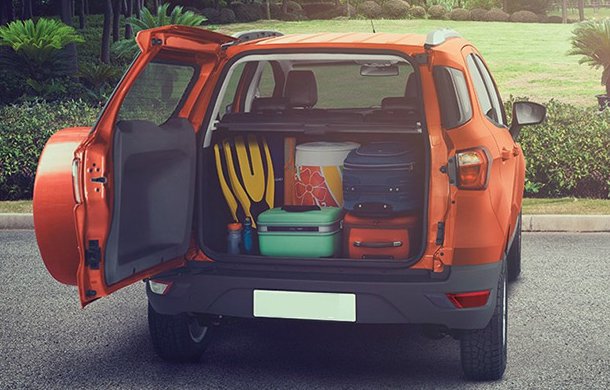 With 2521 mm of wheelbase, Ford Ecosport has loads of space for 5 occupants with comfortable headroom and legroom even if you are above average in height and weight. There is a standard boot of 333-litre given at the rear which is accessible through the tailgate. If you want more luggage area and less of seating, the 3rd-row seats can be split folded to flat in 60/40 ratio to fetch a maximum of whooping 1238 litres cargo area. Also, there are numerous cabin storages given in this crossover so that you may pack your handy stuff without making the cabin look messy.

The starting price of EcoSport is PhP 775,000 which is pretty competitive considering the aspects it packs under its name.