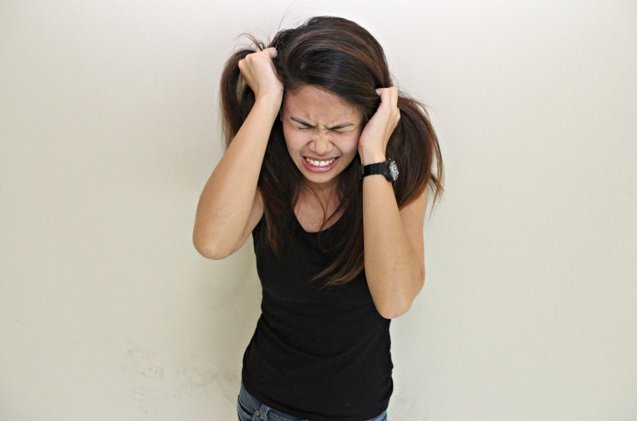 Top 13 Stress Triggers for OFW – When the noggin starts churning, it’s hard to step back and look at the full picture. The Filipino Times reveals the common stress triggers that keep Pinoy expats toss and turn. Know what to do to power through your worries on.

Stress begins the moment you step on board a plane for work abroad, health officials say, explaining that fidgeting begins once you’re seated as the mind becomes engrossed in the “what ifs?” and the “what nows?” of being away.

“It’s more of an emotional stress,” Dr. Rebecca O. Desiderio, The Medical City – GCC CEO, tells The Filipino Times. “You become worried about your family. For couples, there is the challenge to keep up with the relationship despite the distance,” she adds.

From there, she says, the daily grind of living on a foreign land with people having a different way of life begins to take its toll, unless one is keen on what to expect and how to respond appropriately.

The Filipino Times surveyed its readers and Facebook followers to put a finger on what’s stressing out Overseas Filipino Workers (OFWs) in the UAE. Here’s what they said – the top 13, not necessarily in this order:

Co-workers who love to stand their ground can cause one to be incensed. It’s always about team efforts, human resource directors say, but problem begins when someone keeps getting out of line.

For Edlyn Tesorero, 34, store manager, dealing with difficult people at work is what stresses her the most.

“In this kind of work, you are evaluated as a team. Being a store manager, my performance is based on how the people under me are performing. But the problem is, not all of them are self-motivated; some are not that reliable. So, even if you give your 110 percent to the job, but others don’t perform as you do, you cannot help but be stressed,” Tesorero said.

“Financial responsibilities is a cause for stress,” says Desiderio. “The bills we have to settle: paying for a condo; sending money for tuition; someone in the family gets seek and expenses are not in the budget,” she adds.

Melissa Sandoval, 28 and an executive secretary, is single but is currently supporting her nephew’s and two nieces’ education.

“It’s so stressful when it’s back-to-school time. I have to prepare myself because I have to sacrifice even my personal allowance for them. But I can’t complain. If I can buy happiness for my family, I wouldn’t think twice,” Sandoval said.

3 Relatives back home who keep asking for money

A common gripe among OFWs is the heavy feeling they get when relatives back home don’t bother to acknowledge, at least even thru email, that they have received the money they had persistently been asking for.

“They were loud and clear when inquiring when the money would be forthcoming, but become dead silent once they got it,” lamented Ignacio Doron, who works for an interior design company.

“It’s heart-wrenching when you don’t even get a ‘thank you’ email,” he added.

And no one can probably be as closer to this than 38-year-old JunieSorsano, a blogger who has many OFW friends and acquaintances in Dubai. He is single and couldn’t help notice how some married couples he know are stressed because of their spouses. He especially noticed that these couples lose concentration on their jobs, can’t get enough sleep and are always irritated and impatient.

“This is very common in married OFWs I know. A nagging wife or an unloving husband becomes a source of stress because most of them don’t choose to resolve their misunderstandings or problems right away. Then they tend to take their problems with them to work so they end up more stressed because they can’t concentrate at what they do,” he said.

The quintessential, universal stressor, traffic snarls can spoil one’s day even before it has begun, most agree.

For Engr. Rudy Biazon, 45, nothing is more stressful than being stuck in traffic to and from work. Biazon’s family lives in Sharjah, but his job is in Jebel Ali. Even after having a late night finishing work, he makes it a point to get up at 4:30 am so he wouldn’t get stuck in traffic.

“I hate doing it. But I have no choice,” said Biazon.

Most Filipinos are used to the summer heat – but not to UAE’s daily average of 45°C.

Diane Caagusan, a teacher, said the summer breeze here is like hot air from a hair dryer.

“I first came to Dubai in May of 2013 and I was taken aback because the moment I stepped out of the airport, I almost couldn’t breathe because of the heat,” Caagusan said.

This is a struggle everyone in the UAE encounters: the city’s rush hour traffic. Whether via car or metro, it is a challenge every Pinoy has to endure.

“I live in Sharjah and work in Deira. I wake up at around 6 am every day to make sure I don’t miss the 7:45 am bus ride,” MikaeloSeyo, advertising executive said. Metros are not as bad but almost equally cramped in rush hours. “It’s  a good 40-minute station-to-station ride to work everyday foir me, done standing with the next guy so close you could hear him breathe,” said Carlo Gareto, a graphic designer.

Bed bugs, those creepy crawlies living off your bed mattress and closet, are stressful in a lot of ways.

Some get so obsessed that they stay half-awake almost all night with a packaging tape on one hand, waiting for them to appear on the wall. “I put the sticky part of the tape on them, that’s how I catch them – sometimes I count my catch,” Leonard Karisto, a burger chain employee said.

Slobs are stressors, most would agree. What with cleaning up all day on a weekend and someone throwing his shirt on the couch or leaving used dining plates by the sink for days?

“I had this roommate before. We were sharing a double bunk bed. She sleeps on the lower deck. I should not really care about it but I see her dirty laundry and wet towel on her bed. I find it gross,” Isabelle Rivera, a personal assistant, said.

Being away from kids is one of the most heart-breaking thing to happen to an OFW.

Arnold Basaya, a physiotherapy aide working said  his son grew up with luxury – and sgotpoiled.

“Sometimes he becomes difficult when we are not able to give him what he wants like gadgets,” he said.

FerdzBedaña, a professional photographer on the other hand had his parenting skills put to test   when her 18-year-old daughter got pregnant.

“She stopped school,  but  I wanted her to continue building a good life, fulfill her dreams. So, I stood by her and made her study again. Why? Because being her dad, my dreams are her dreams,” he said.

Leah Barilla, 49, marketing manager, said she  has seen how this issue has caused so much stress to her  friends.

“They were so stressed by insecurity, thinking that their husbands might leave them and their children for their mistresses,” she said.

Noisy flatmates can be a cause of stress especially when you come home dead tired and there they are playing music and sharing stories well up to the wee hours of the night.

Living in the flats remind Jerome Garces of his college dorm days except that this time, he’s way past rowdy companies. “I couldn’t sleep and I always have to get up early for work. My job is on the other side of town,” he said.

For most expats, an eight-hour work shift is just plain not enough to get the job done right to their satisfaction. And Filipinos, known for their love of work, keep their nose to the grindstone not minding the stress.

“We, Filipinos will deliver no matter what. Others would be griping and whining, but not us.  However, some people abuse it and give us all the job. And so, the workload goes up  and that can cause problems,” Arnel Santonia, accountant and payroll supervisor said.

Pinoy Wins International Photography Awards - Edwin Loyola, a professional photographer based in the United States won the gold award of...