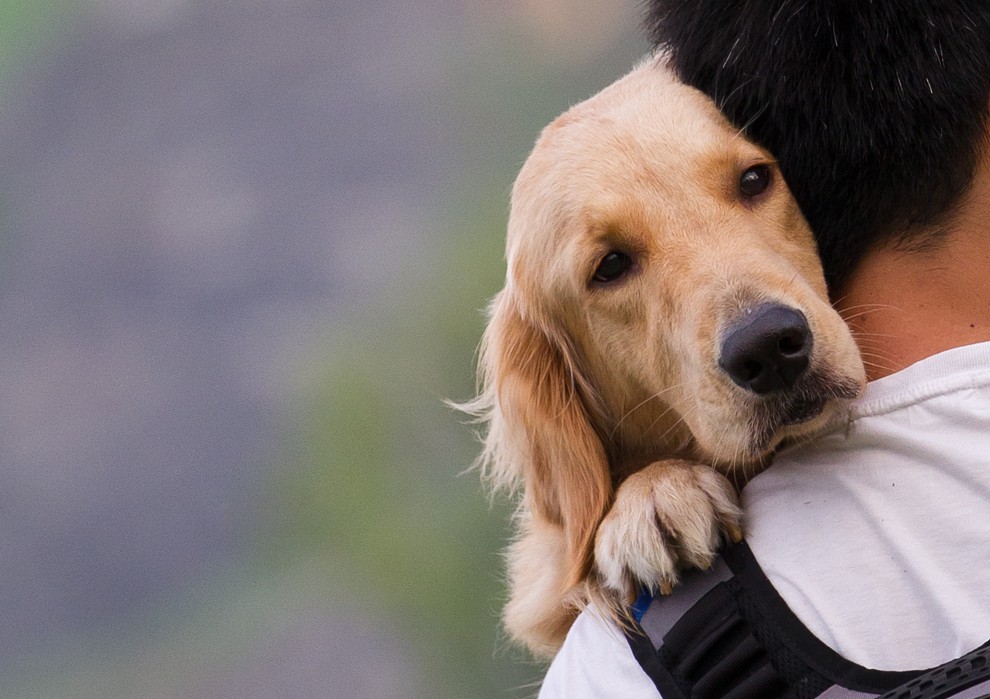 Dog accompanies dying owner in rush to ER – A DOG was captured in a photo right outside the door of the emergency room of the Davao Doctors Hospital, barking, as his owner was rushed in after a heart attack, Saturday afternoon, June 18.

Arvin Ceria, who now works as a nurse reliever at Metro Davao Medical and Research Center (MDMRC), posted the photo on his Facebook with the caption: “kahapon to nangyari (6/18/16) mga 5pm sadavao doc ER. inatake sa puso ang amo niya na matandang lalaki from Maa. Sabi ng watcher: ‘nisabay man ning iro sa taxi pagdala namu diri (ER) sa tigulang. Ganina pa gusto musolod ning iroa, sigeg tahol’. Sad to say, the patient died. Namatay man ang iyang amo pero wala jud namatay iyang gugma para kaniya. #dogisthemansbestfriend #tilldeathdousapart (This happened June 18 at around 5 p.m. at the ER of the Davao Doctors Hospital. The dog’s owner who hails from Maa had been admitted at the hospital due to cardiac arrest. The watcher said the dog accompanied them in the taxi when he brought the man here. It wanted to enter the ER, and has been barking since they arrived. Unfortunately the patient died. The owner may be dead now but the dog’s love for him didn’t end).”

The photo already garnered 1,370 shares and 124 likes as of press time since it was posted Sunday.

In a Facebook interview with Ceria, Sun.Star learned that the dog’s name is Saicy and that the deceased owner was one Elenito Bandayanon. Ceria said he has been communicating with the stepson who saw his post.

Ceria narrated that he was transporting a patient at the Davao Doctors Hospital from MDMRC for a Magnetic Resonance Imaging (MRI) and was about to return to the ambulance when he saw the dog outside the ER.

Ceria shared on Facebook that he had been touched by the scene, “A doctor of the hospital whom I know told me that they allowed the dog to enter after the owner died. The dog touched her owner and howled.”

“Intawun, mingaw kaayo siya diri. Nagahigda lang sa pwesto sa akong step father (She is sad now. She is lying under my step father’s coffin),” Bandayanon’s son shared, assuring Ceria that the dog has been eating her food. He also thanked Ceria for posting the photo of their “very loyal dog”.

Those who commented on the Facebook post also grieved with Saicy. A certain Helen Christabel Bergmann commented, “Dog, is the only thing on earth that can love their human more [than] themselves… This is what you call unfathomable love…” Another comment by Naitsirhc Cyat: “Evidently, dogs are indeed man’s best friend.”

INGREDIENTS 2 bars red gulaman (This is how it looks like) 4 cups water 1 large evaporated milk 1 large...