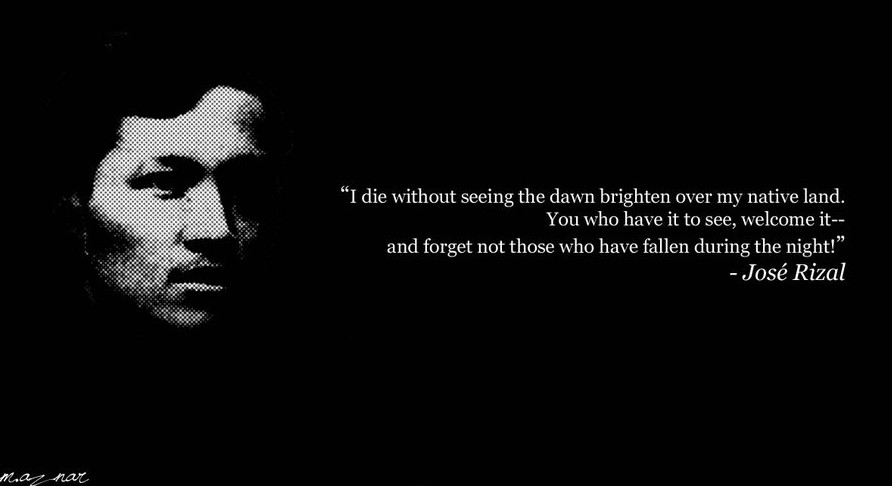 Dr. Jose Rizal came into this world 155 years ago today but his ideals are kept alive by many people, among them a showbiz personality and his descendants.

To the public, Jose Rizalino is better known as Joel Torre, the award-winning actor who has engaged in various activities reminiscent of Rizal’s life.

A few days before the birth anniversary of Jose Rizal, Joel met with Rizal’s descendants – Ponciano Rizal’s only surviving grandson, Jose Rizal Lopez, and great grandchildren, Ester Azurin and Ben Villarruz. It was a meeting that connected strangers who had links to Rizal – just to talk about the values that the national hero lived.

(Ponciano was Jose’s elder brother, who served as a revolutionary leader after witnessing the injustices of Spanish friars.)

The rare meet-and-mingle rendezvous at the Rizal Shrine in Calamba City, Laguna, recently produced insights on the life of Jose Rizal, and all parties agreed that the revered Filipino was indeed one-of-a-kind.

In Villarruz’s words, his great-grandfather was “exceptional,” even as all of the descendants “were born with the same brain and the same capacity.”

“Jose Rizal had a great influence on me.  He had imparted numerous bits of knowledge and wisdom to me,” Torre said.

On the other hand, the national hero’s descendants’ commented on the need for Filipinos to bring back discipline, which Rizal had exhibited in his life.

“To me, what is important is the family. Now, if we talk about [Jose] Rizal, it was the breeding, how he was raised, how he was disciplined – those are what we want to follow also,” Villarruz said.

The “deterioration of Filipino values,” as shown by children “getting disobedient and disrespectful” was the comment shared by Lopez.

“If [Jose] Rizal were alive today, he would scratch his head,” Lopez said.

“Of course, he was nurtured by his mother, and was taught Spanish, because they were speaking Tagalog in the house. And he excelled in Spanish… It was really Rizal’s talent that made him great. And he had also that vision and passion to pursue what he wanted,” Villarruz said.

To keep Rizal’s ideals alive, Azurin said that the family puts a value on caring for one another. “Even for little things, we’re always available to each other, regardless of how busy we are,” Azurin said.

Being frugal is another value that was very evident in Rizal’s family.

His friends there who were rich Filipinos would go there… more for leisure than anything else. But [Jose] Rizal was not like that, Villarruz said.

“The family was not humorous, they were always serious. Every time you tell them something, they give you a moral lesson, and you don’t expect them to be humorous like other families. That’s the trait that we have.”

Lopez said that Rizal was considered a “killjoy” while in Spain, because he would advise others not to get drunk, not to gamble, and not to go to nightclubs – proof of Rizal’s modest lifestyle and advocacy for the truth. 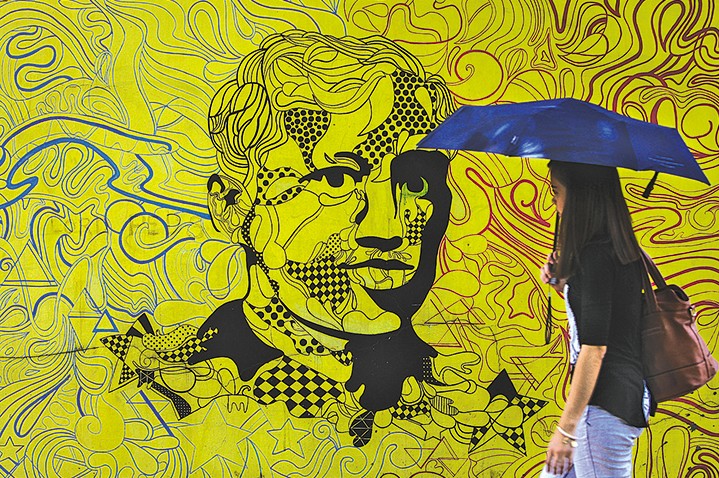 RIZAL IMPRESSION – A woman walks past a mural of National Hero Dr. Jose P. Rizal drawn on the walls of the Technological University of the Philippines on Ayala Boulevard in Ermita, Manila, Saturday. The nation observes the 155th birth anniversary of Rizal today. (John Jerome Ganzon)

“Rizal was there for a mission, he knew about it… He was pursuing that,” Torre shared.

“It sounds funny that sometimes people tried to avoid him because he was a killjoy,” Lopez said.

Torre shared that his birth date and first name inspired him to emulate the national hero’s positive attributes – love of country and fellowmen, cherish freedom, and fight for what is morally right and beneficial for the country.

The actor, who regards Rizal as a “renaissance man,” has played various roles related to Rizal and other historical works. In 2000, he played the national hero himself in Mike de Leon’s film “Bayaning Third World.” In 1998, he portrayed Crisostomo Ibarra and Simoun in Marilou Diaz Abaya’s movie “Jose Rizal.”

“My very dream was to play the role of Jose Rizal in a movie,” he said.

Torre also plans to direct a film about World War II, as he was inspired by his father, a war veteran who suffered during the Death March and in a concentration camp.

Today, Rizal’s descendants will celebrate the national hero’s birth anniversary with a reunion, in line with their annual tradition.

The clan is active in efforts to spread the national hero’s works and in helping finance the studies of deserving Filipino students.

“Education [was] important to Jose Rizal because when he was young, people looked down on him because he was not educated. [He then thought] that all Filipino people should be educated, so that foreigners, or other countries will not look down on Filipinos,” Villarruz said.

Although his family is not into politics, Lopez said that they can pass on Rizal’s legacies to future generations by sharing the national hero’s traits.

“We cannot all be Jose Rizal, it’s very difficult. But we can be small bits of him.”

“Because if we do something right, others will see it and follow…. Jose Rizal educated himself and studied well, so that others may follow,” Villarruz said.

The optimistic Azurin said Filipinos are living in exciting times when they can soon expect change.

“I see that Filipinos nowadays are more conscious, such as avoiding texting while driving, and crossing the streets properly,” Azurin said. “For my part, I’ll help the government correct wrongdoings, that’s what I can offer.”

Torre who has keen knowledge of the national hero’s life, said Rizal has inspired to pursue excellence in whatever he does.

“One of the biggest lessons [I’ve learned] is that the Filipinos can be world-class. If you want to go global, you have to be local. You don’t have to be in a government or [a major] position to help out. Start with yourself, and your family.”

And so the day rolled out with more talk about nationalism, all inspired by a man who was born 155 years ago.