The History of Toyota Corolla – Introduced during 1966 in Japan, the first Corolla came to the United States in the summer of 1968 riding on a 90-inch wheelbase in two-door coupe, four-door sedan and two-door wagon body styles. It was the smallest car Toyota had sold in America up until that time. 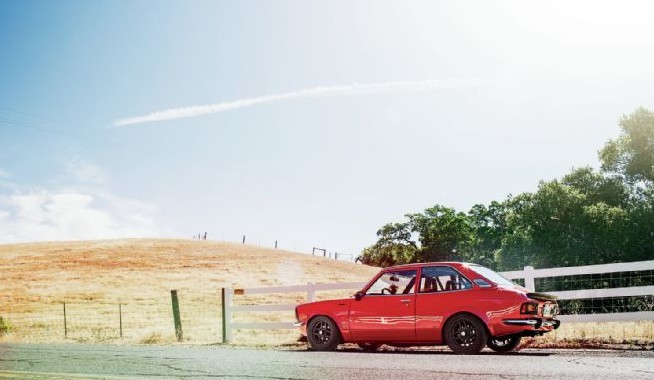 The Toyota Corolla is a line of subcompact and compact cars manufactured by Toyota. Introduced in 1966, the Corolla was the best-selling car worldwide by 1974 and has been one of the best-selling cars in the world since then. In 1997, the Corolla became the best selling nameplate in the world, surpassing the Volkswagen Beetle. Toyota reached the milestone of 40 million Corollas sold over eleven generations in July 2013.

Corolla / Altis in the Philippines

In the Philippines, the Corolla, nicknamed as the “Big Body”, Saw fame and wide usage from the seventh generation variant onwards. Three variants of the “Big Body” were sold, XL and XE with 1.3 liter carbureted (2E) engines, with the latter enjoying extra features like power steering, alloy wheels, digital clock and tachometer, and the GLi, with a 1.6 liter fuel-injected motor (4A-FE). The top model was offered in both manual and automatic transmissions. The Corolla “Big Body” was also the first 1.6 liter car to introduce 14-inch (360 mm) alloy wheels to the country in 1992. Other pioneer features that followed were rear seatbelts, front cup holders (late 1994) and a driver’s airbag (late 1995). ABS followed during its later years. The facelift Great Corolla 1.6 SE-G. Toyota Great Corolla (Indonesia). The Corolla sedan is nicknamed the “Great Corolla” in Indonesia. Initially the trim levels were 1.3 SE and 1.6 SE-G. The smaller engine model was replaced by 1.6 SE in 1994. 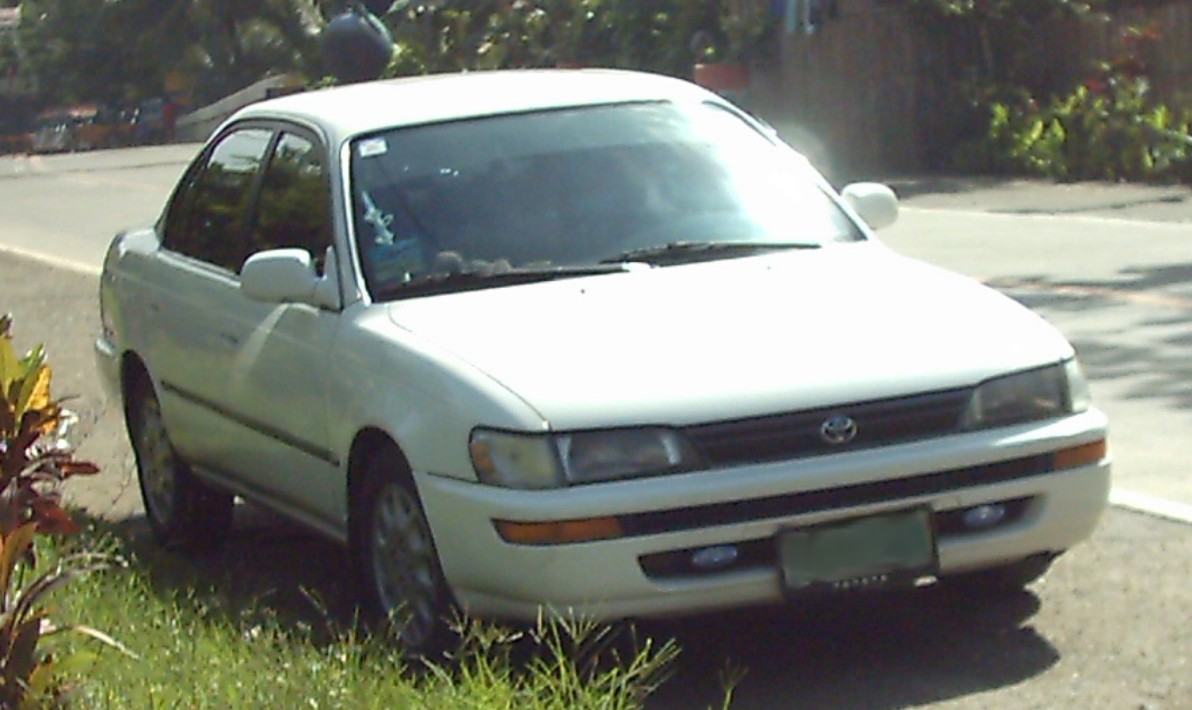 The first Corolla generation was introduced in October 1966 with the new 1100 cc K pushrod engine. The Corolla Sprinter was introduced as the fastback version in 1968, and exclusive to a Toyota Japan dealership retail outlet called Toyota Auto Store.

In May 1970, the E20 was restyled with a more rounded body and the 1400 cc T and 1600 cc 2T OHV engines were added to the range. The now mutually exclusive Corolla and Sprinter names were used to differentiate between two slightly different treatments of sheet metal and trim. The Corolla Levin and Sprinter Trueno names were introduced as the enhanced performance version of the Corolla and Sprinter respectively when a double overhead camshaft version of the 2T engine was introduced in March 1972 (TE27).

April 1974 brought rounder, bigger and heavier Corollas and Sprinters. The range was rounded out with the addition of a two-door liftback. The Corollas were given E30 codes while the Sprinters were given E40 codes. A face-lift in March 1976 saw most Corolla E30 models replaced by equivalent E50 models and most Sprinter E40 models were replaced by equivalent E60 models. The E30 Corolla was fitted with retracting front seat belts.

A major restyle in March 1979 brought a square edged design. The Corollas had a simpler treatment of the grill, headlights and taillights while the Sprinter used a slightly more complex, sculptured treatment. The new A series engines were added to the range as a running change. This was the last model to use the K “hicam” and T series engines. Fuel injection was introduced as an extra cost option on Japanese market vehicles.

A sloping front bonnet and a contemporary sharp-edged, no-frills style was brought in during May 1983. The new 1839 cc 1C diesel engine was added to the range with the E80 Series. From 1985, re-badged E80 Sprinters were sold in the U.S. as the fifth-generation Chevrolet Nova. Fuel injection was introduced as an extra cost option internationally.

A somewhat more rounded and aerodynamic style was used for the E90 introduced in May 1987. Overall this generation has a more refined feel than older Corollas and other older subcompacts. Most models were now front wheel drive, along with a few 4WD All-Trac models. Many engines were used on a wide array of trim levels and models, ranging from the 1.3-liter 2E to the 165 horsepower (123 kW) supercharged 4A-GZE. The E90 Sprinter was also rebadged and sold as the Geo Prizm (US) or Holden Nova (Australia).

In June 1991 Corollas received a redesign to be larger, heavier, and have the completely rounded, aerodynamic shape of the 1990s. In the United States, the somewhat larger Corolla was now in the compact class, rather than subcompact, and the coupé was still available in some markets, known as the AE101 Corolla Levin. Carburetors were mostly retired with this generation.

Production of the E110 Corolla started in May 1995. The design of the car was slightly altered throughout but retained a look similar to that of the E100. Evolutionary technological improvements continued,[citation needed] however, and in 1998, for the first time, some non-Japanese Corollas received the new 1ZZ-FE engine.[citation needed] The new engine was the first in a Toyota to have an aluminum engine block and aluminum cylinder heads, which made this generation lighter than the E100 Corolla. The model range began to change as Toyota decided styling differences would improve sales in different markets. This generation was delayed in North America until mid-1997 (US 1998 model year), where it had unique front and rear styling.[citation needed] Europe and Australasia received versions of their own as well. In Pakistan, this model was halted in November 1998, while production was closed in March 2002.

In August 2000, the ninth-generation Corolla was introduced in Japan, with edgier styling and more technology to bring the nameplate into the 21st century. In 2002, the Corolla was given a refreshed facelift and it grew in length with similar body panels and interior. The facelifted Corolla since then is called Corolla Altis in the ASEAN region. The station wagon model is called the Corolla Fielder in Japan. The North American release was delayed until March 2002 (for the 2003 model year). Production in Asia continued until late 2006 but production in North America continued until October 2008.

The tenth generation of the E140 Corolla was introduced in October 2006. Japanese markets called the sedan Corolla Axio. The station wagon retained the Corolla Fielder name. For international markets, a wider version of the E140 was sold with different styling, with the ASEAN markets retaining the Corolla Altis branding.

The eleventh generation of the Corolla went on sale in Japan in May 2012. The sedan is named the Corolla Axio while the wagon is called the Corolla Fielder. In Japan, both are made by a Toyota subsidiary, Central Motors, in Miyagi prefecture, Japan. The redesigned model has slightly smaller exterior dimensions and is easier to drive in narrow alleys and parking lots for the targeted elderly consumers.

International markets continued on with the E140/E150 until at least 2013 when the E170 model arrived. The E170 is larger and substantially different from the Japanese E160, with a unique body and interior. Two basic front and rear styling treatments are fitted to the E170—a North American version that debuted first—and a more conservative design for all other markets that debuted later in 2013.

Unlike some of the world’s iconic vehicles though, the Corolla isn’t one that you’ll find on the average person’s list of dream cars. 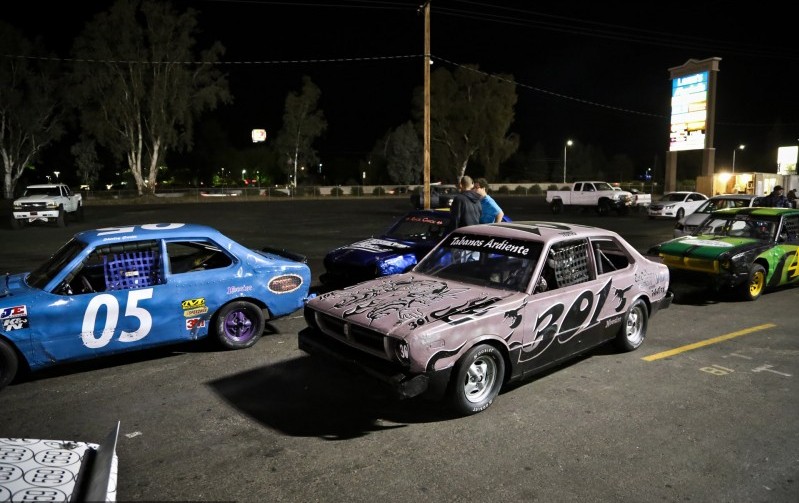 Instead, the Corolla has sealed its reputation as being a car of the people – a form of reliable and economical transportation that helped make Toyota the industry juggernaut it is today. The vast majority of Corolla drivers are not car enthusiasts, and that’s fine.

Because we car nuts know that mixed amongst the millions of Corollas sold over the years, there are some truly exciting cars. Ones that have been built on rear-wheel drive chassis, featured twin cam engines and close ratio gearboxes and the other kinds of things that enthusiasts dig.

There were the classic TE27s of the early ’70s, the cult favorite AE86 of the ’80s, and even the newer front-drive models which hid superchargers or individual throttle bodies beneath their economy car packaging. Like the Beetle that came before it, there was genuine potential hidden in this humble little car.

From classic car restoration to drag racing and drifting, enthusiasts and racers have been doing cool stuff with Corollas for years. But did you know that in Central California the Corolla is also the car of choice for grassroots, low-budget circle track racing? Welcome to the world of the Madera Speedway Toyota Sedans.

The Toyota Sedan series is a unique form of racing that’s been happening at Madera for decades – long before Toyota themselves decided to jump into NASCAR. Even as a kid I heard stories of local mechanics and other amateur drivers who built and raced these little cars on weekends, so I knew it was long overdue to share this homegrown racing series with the world.

A little Corolla might be the one of the last vehicles you’d associate with the stock car scene, but the truth is, these are actually perfect platforms for low-budget Saturday night racing.

They are cheap, reliable, incredibly simple, and replacement parts are easy to find – or at least they were when the series first started. Today, the newest car eligible for the series is over 35 years old, but that fact doesn’t seem to have dulled the enthusiasm one bit.