The awarding of the laureates will be on September 16 at the ACROS Fukuoka in Fukuoka City, Japan. Ocampo will receive ¥ 3 million (or approximately P 1.26 million*) as the Academic Prize winner.

The Fukuoka Prize, according to its official website, is given to individuals or groups who have made “outstanding contributions to the preservation and creation of Asian culture and have exhibited the significance of Asian culture to the world through the internationality, universality, popularity and/or creativity of their work.”

The Academic Prize, meanwhile, is presented to individuals or groups who “have made outstanding achievements in the field of Asian studies, contributing to the world’s understanding of Asia.”

Candidates from East Asia, South Asia, and Southeast Asia are deliberated upon by selection committees and a jury.

His award citation reads: “As an outstanding historian and intellectual, Dr. Ambeth R. Ocampo has made a great contribution to academic, cultural and social progress in the Philippines, through his university teaching, his writing for newspapers and magazines, and his service in historic and cultural administration.”

“His clear and accessible explanations of the wider global context in which the country developed during the period of the Spanish and American colonial regimes have helped promote a more open sense of nationalism, and facilitated the advancement of international exchanges both with Asia and with the West.” 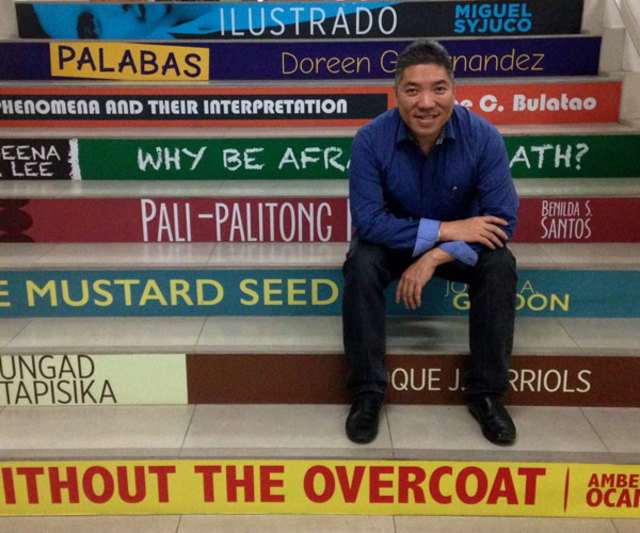 Ocampo is an Associate Professor at the Department of History in Ateneo de Manila University, where he teaches a course for undergraudates – among others – about Jose Rizal, the Philippines’ pre-colonial period and its Spanish occupation, and its “emergence” as a nation (History 165). He also sat as the department chairperson from 2010 to 2012.

During his term at the NCCA, he inked cultural agreements with North Korea, Pakistan, and Vietnam, and set up cultural exchange programs with China, France, and Mexico.

A multi-awarded public intellectual, Ocampo authored several books, including his bestsellers Looking Back (1990) and Rizal Without the Overcoat (1990). He maintains a newspaper column, also called “Looking Back,” which is published in the Philippine Daily Inquirer. He also regularly gives public lectures.

His citation commended his written works, saying that “he provides his readers with a clear insight into the actual thoughts and actions of the heroes and notables of history.”

“By describing these luminaries as real people, with real feelings and emotions, and by effectively including into his writing the details of their lives, the atmosphere of the time and even a distinctive cultural fragrance, he presents history as a compelling narrative.”

It concludes: “For his achievement in reclaiming history as the property of ordinary citizens, for his contribution to promote an open-minded nationalism and global sensibility in the Philippines, and for his great service to international cultural exchange, Dr. Ambeth R Ocampo is a truly worthy recipient of the Academic Prize of the Fukuoka Prize.”

Tinuy-an Falls is a multi-tiered waterfall in Bislig, Surigao del Sur in the southern island of Mindanao, Philippines. Bislig, is...