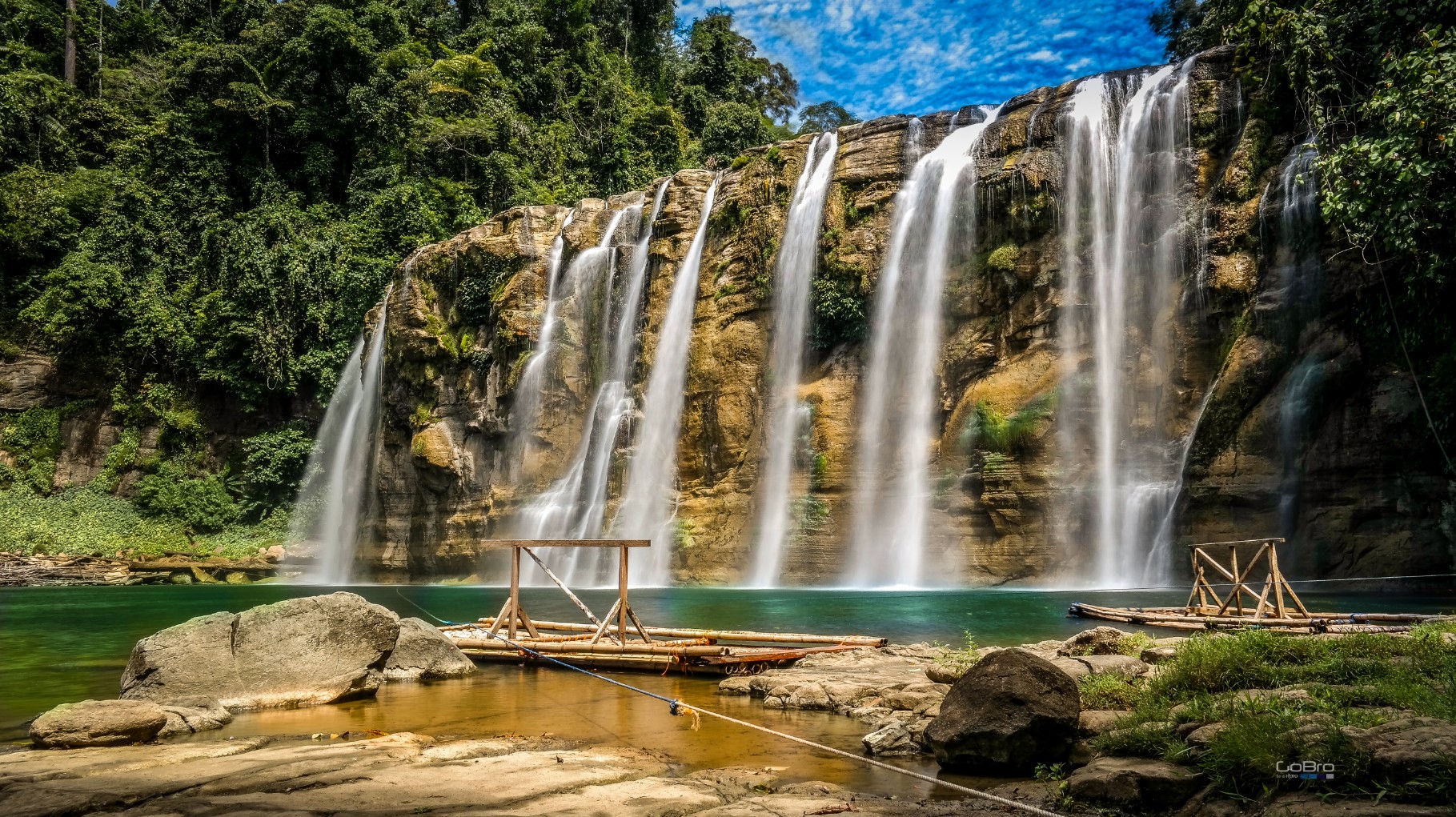 Tinuy-an Falls is a multi-tiered waterfall in Bislig, Surigao del Sur in the southern island of Mindanao, Philippines. Bislig, is a city known as the Booming City by the Bay. The falls itself has been featured in various International Travel Magazines and TV shows. 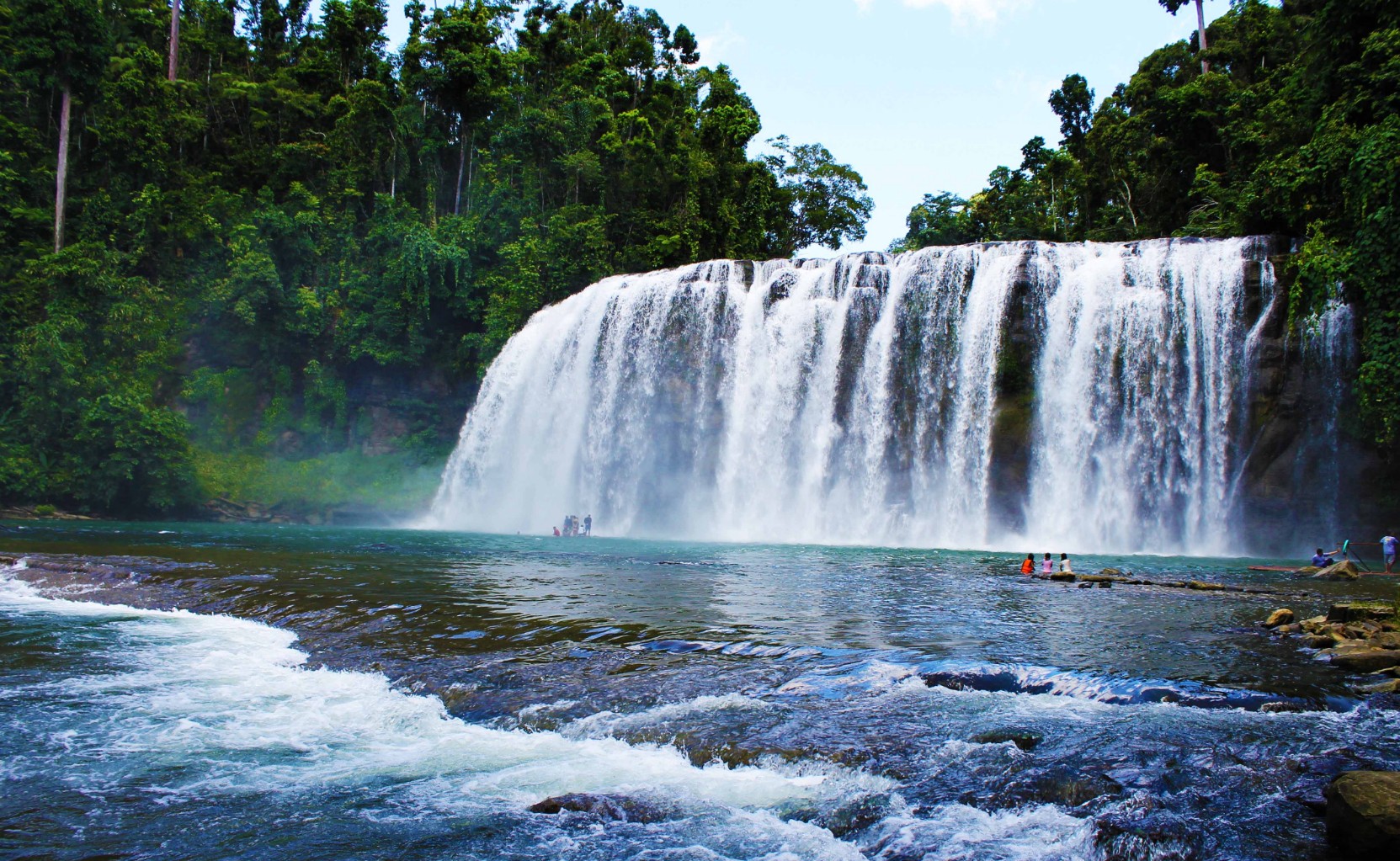 The Tinuy-an falls are 95 m wide and 55 metres (180 ft) high, touted as the little Niagara Falls of the Philippines. Tinuy-an is a white water curtain that flows in three levels (with a fourth tier hidden from view) and is said to be the widest waterfall in the Philippines. Every morning, the area shows a rainbow between 9 a.m. to 11 a.m. One may also ride a raft to get close to its cascades and get a water “massage.” 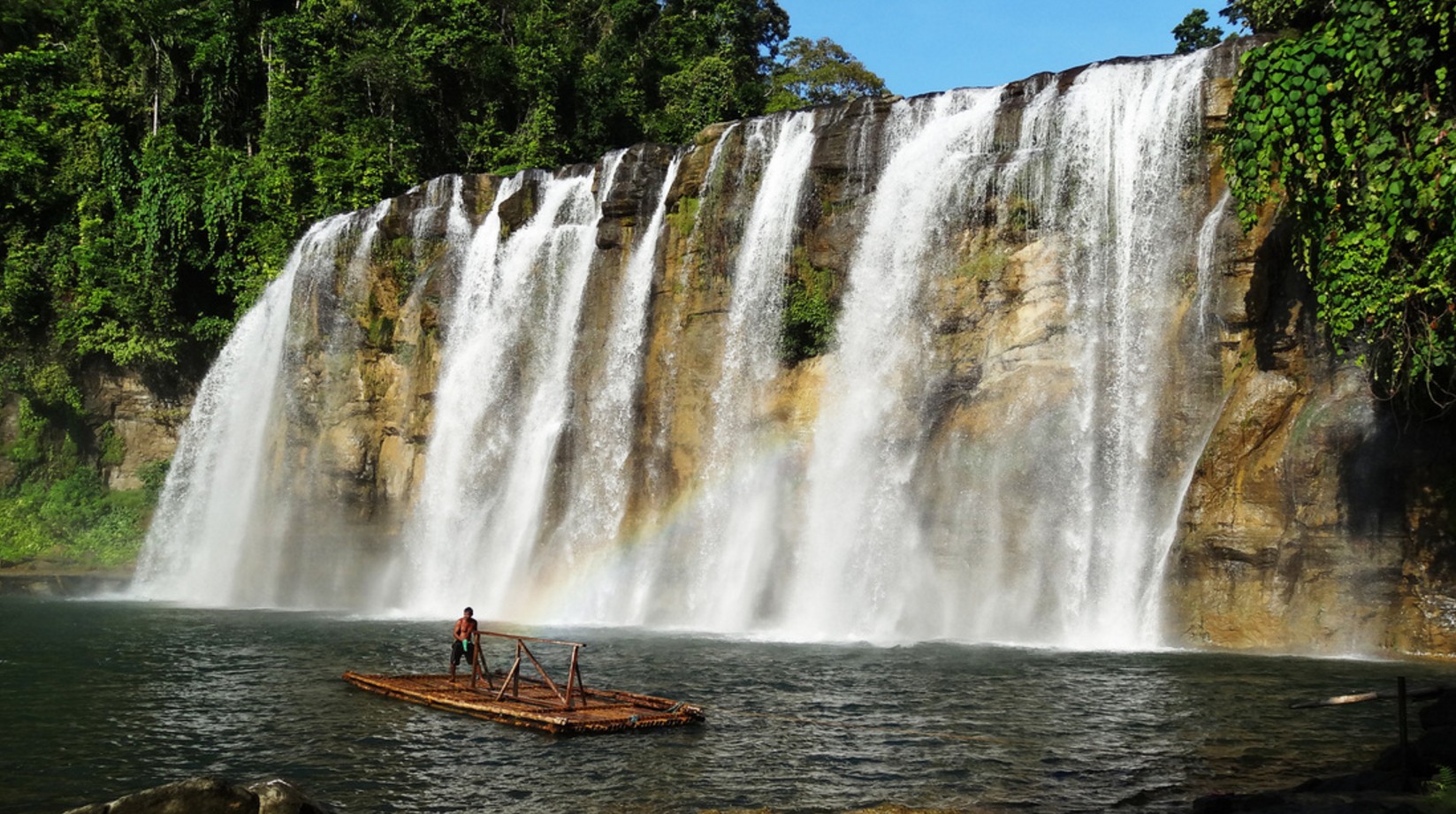 The name Tinuy-an comes from the word Tinuyo-an, a native vernacular which means “intentional act or performance to attain an objective or goal”. It can also be transliterated into the Filipino context as Babalik-balikan (“a place you’ll keep going back to”).

Location: Tinuy-an Falls is located in Barangay Burboanan, a one-hour ride from Barangay Mangagoy, centre of trade and commerce in Bislig City, via the Poblacion-San Isidro (Bagnan) route. The falls plunges 55 metres (180 ft) high from the top of the three tiered cascading waterfalls.

Experience Bohol, Philippines in 4 Days and 3 Nights for less than P4000 with Airfare

Authentic Red Velvet Cake without artificial food color. This is the one you’ve been dreaming about! Make sure to religiously...