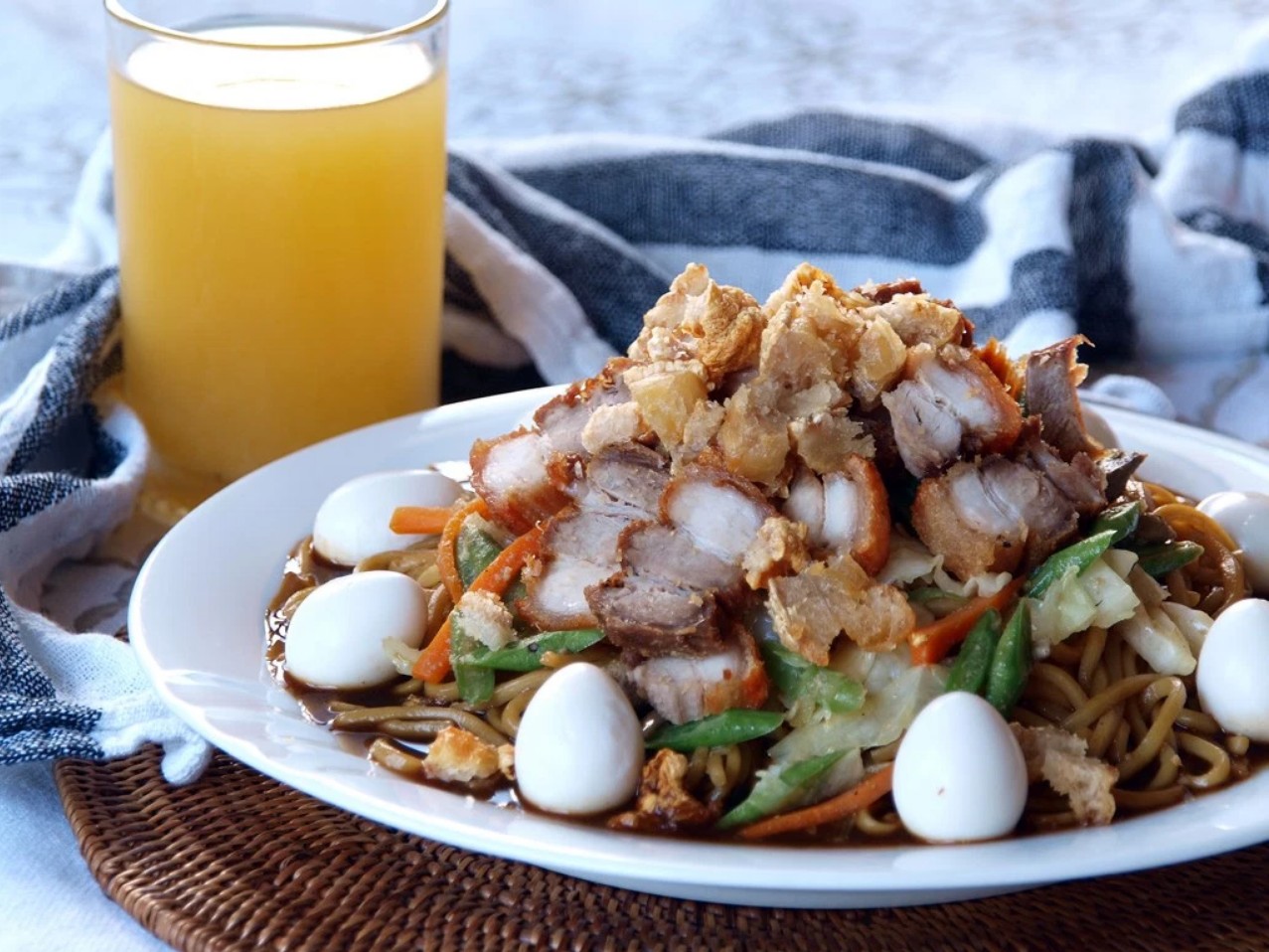 Pancit Cabagan is one of a delicious noodle dish that originated from the Isabela province, like any other noodle dishes in the Philippines its roots are of Chinese origin. This dish looks like a cross between the Pancit Canton and Pancit Palabok, sometimes it nearly looks similar to Hokkien Mee but had more sauce.

According to the research conducted, in the year 1987, a group of Chinese traders who originally came from Amoy (now Xiamen), China landed in Aparri, Cagayan. One of the traders was said to be responsible for introducing pansit in Cabagan. His name is Sia Liang also known as Dianga. Dianga married a Filipina named Augustina Deray Laddaran, who established a panciteria in Cabagan during the pre-war period.

Dianga made his own “miki” (uncooked noodles). He used first class wheat flour. The dough was mixed with lime (lejia), derived from guava fuel, kneading it with a long and strong rolling pin that is attached to the wall. After the dough is flattened, it is thinly sliced using “campy” or the Chinese butcher’s knife to form the noodles. The original Pancit Cabagan cooked by Dianga was said to have the following ingredients: “hibi” (small dried shrimps) or pork, bagoong, soy sauce, cooking oil and pork broth.

When one of his workers in the restaurant learned and mastered the “miki” production, he put up his own “miki” outlet and “pansiteria”, which was later on followed by other people in the municipality.

As the years passed, the recipe of Pancit Cabagan has improved a lot, and has now gained popularity in different parts of Luzon. The new recipe has added garnish such as crunchy “‘lechon carajay’, and boiled quail eggs.

Did you learn something new? Yes you did.

Give it a try to cook this one of the delicious noodles in the country.

WATCH: 6 Ways to Make Fun Ice Cream Sandwiches - Who says you can only use cookies when making ice...