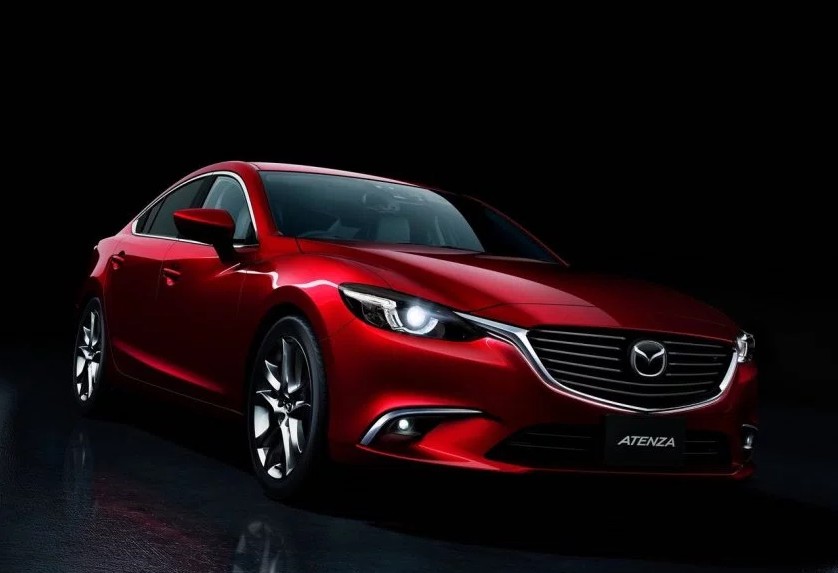 First Drive: Mazda SkyActiv Diesel experience – Trying out Mazda’s latest line of diesels. This debut really took us by surprise. A lot of us in the motoring media had assumed the trip was a simple get together with us driving the full line of SkyActiv-G powered Mazdas. The curiosity was spiked when Mazda posted a teaser photo saying 420 Nm, 0.0507g/km of emissions and a SkyActiv-D badge.

Talking among ourselves, we were thinking, “there’s no way we’ll be driving these tomorrow”. It was too soon given that they previewed it on the 11th hour. While some of us stuck to their assumptions for the drive, I was starting to believe that these were, in fact, the cars we’ll be driving tomorrow. There was only one way to find out: Wake up early tomorrow to meet up at Mazda’s newest showroom in Makati.

When we arrived, we were greeted by a Mazda CX-5 and a Mazda6 in the second level of the dealership. When I moved to the back of the car, it confirmed my prediction from the night before. We were going to drive Mazda’s diesel line up in the Philippines. Needless to say, a lot of us were pleasantly surprised that Mazda Philippines had brought these in.

We were briefed on the background of the SkyActiv-D engines. For example, Mazda’s diesel engine is lighter than similarly sized blocks thanks to the use of aluminum. It also offers a lower compression to retain car-like throttle response as well as improve thermal efficiency. What does the last part mean to you and I? It means that it emits less emissions and more efficient combustion which will not only be good for the owners but also the environment.

It was now time to drive the cars and our group got the key fob for the CX-5 SkyActiv-D. The new variant now become the range-topper of the crossover’s line-up and ahead of us lay a mix of highway and provincial roads. To get to those, we first had to combat Makati traffic. We finally hit the Skyway and the SkyActiv-D impressed us with its response refinement. It was a quiet highway jaunt and with 420 Nm under the hood, overtaking was effortless. The CX-5’s chassis was impressive too, staying planted and resisted crosswinds rather well.

When we arrived at the first driver change stop, I moved to the back seat to see how the diesel equipped crossover was like as a passenger. You tend to notice more as a passenger and I noted that it was quiet and the diesel rumble was been replaced by a smooth hum. Exiting the highway and taking on uphill winding roads, the CX-5 didn’t struggle with a wave of torque bringing us over one steep incline after another.

After quite some time on the road, we finally reached our stay for the night, Anilao Discovery Bay. My break was short-lived however, as I elected to join another convoy to Gulugod Baboy to take photos of Mazda’s latest. It was an 18 kilometer drive and for this trip, I tried out the backseat of the Mazda6. The road was filled with steep crests and twisty bends but despite that, the chassis and suspension stayed composed enough for me to fall sound asleep.

We eventually arrived at Gulugod Baboy to snap photos of these cars and with the mountain as our backgroud, it complemented these cars rather well. The CX-5 even went for a short off-road excursion when it climbed up a rather steep hill. Needless to say, it didn’t even struggle considering it was on road tires. With the shoot finished, it was now time for me to try out the Mazda6 SkyActiv-D. I was assuming more of the same since both this and the CX-5 pack the same 2.2 liter diesel engine. To my surprise, it felt even livelier in this executive sedan. Even in third gear, it was overcoming steep gradients with no problems at all. Being a Mazda, it was a fun steer too and you tend to forget the fact that you’re driving a car well over 4.8 meters long.

The next day, we got to experience more of the Mazda 6 heading to Tagaytay. The route we took was a smooth ribbon of asphalt with winding roads. The big sedan was a delight to drive and the SkyActiv-D felt like it enhanced the car’s appeal even further. With light traffic, we almost hit an impressive 25 km/l. Being a D-Segment sedan, it was a smooth and quiet ride on the highway with the engine humming in the background.

Perhaps I no longer have to say that the SkyActiv-D impressed us. With its response, power and economy, you will be forgiven if you mistake these cars being equipped turbocharged gas engines. To top it off, the fun to drive characteristic Mazdas promise are retained even with the diesel with its revvy nature.

To sum it up, what Mazda has offered here are a pair of cars with guiltless performance. The men from Hiroshima have found a way to make diesels lively. No longer an engine for utility vehicles, it could be said that the SkyActiv-D equipped Mazda6 and CX-5 are cars that satisfy the head and the heart.