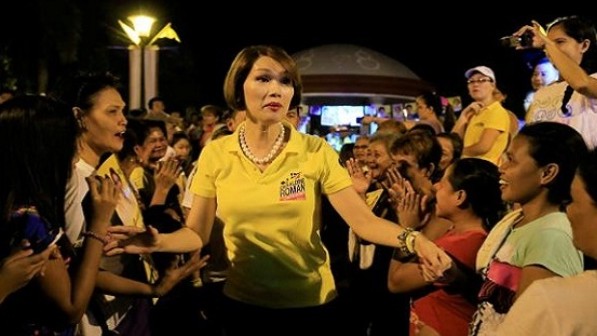 Roman appears to have an unassailable lead with 104,287 votes against rival Danilo Malana who has 63,881 votes. Roman accounts for 68% of the votes.

When this becomes final, Roman will hold office in the House of Representatives for the first legislative district of Bataan. This district is composed of  the municipalities of Abucay, Dinalupihan, Hermosa, Morong, Orani, and Samal.

In a country where a significant number of people are Catholic and where some politicians denounce homesexuality and same-sex marriage, this is a breath of hope for the LGBT community.

PHILIPPINE PESO, STOCKS JUMP AS DUTERTE CLAIMS PRESIDENTIAL WIN - The Philippine peso rose the most in six weeks against...