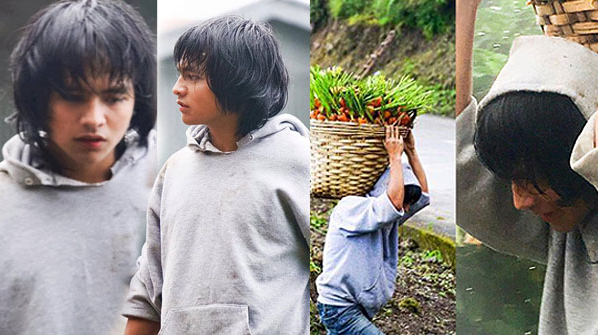 How the Carrot Man put the Igorots (back) on the Map

In February 2016, the world of social media went into a frenzy for a very photogenic Igorot farmer captured hard at work, all sweaty and dirty from his tasks carrying a basket full of carrots in Bauko, Mt Province. His name is Jeyrick Sigmaton (AKA Carrot man), and his photos were posted by a Filipino tourist Edwina “Bing” Bandong. It was a case of “ the face that launched a thousand clicks” as his photo was shared worldwide. Many hearts quivered and jaws dropped as they gawped at his beautiful be dimpled smile. Many named him as doppelganger to several Korean and Filipino actors. And he even had the Koreans talk and gush at his photos.
In this modern world of cosmetics and surgery, and today’s sometimes impossible standard of beauty, many found Jeyrick’s good looks refreshing- a mix of being natural and rugged, and specially so that he seemed unperturbed by it all. In fact, he remained unaware of his sudden rise to fame until someone showed him evidence of ‘it’.
At the height of his social media fame, the Kapuso network GMA quickly found him and showcased him in some of their programs. The face that launched a thousand clicks…… will it lead to a launch of a stellar career? This remains to be seen. We saw him embrace these TV guestings and he might have appeared somehow awkward and shy, but never pretentious nor OA, he remained himself, simple, unpretentious, unchanged. He didn’t try to conform to the showbiz norm- well groomed, well dressed, well made up.
Perhaps, his most recognizable qualities are not his looks, that his virtues are beyond prettiness. It wasn’t just his face that launched a thousand clicks. It is what he represents that makes him so endearing, not just to Igorots but to all who have dreams, those who’ve felt oppression or discrimination. His story is relevant, and gave a glimpsed of the life of the deprived who could make better in life if the right doors were opened. He is a symbol of hope, a voice of the somehow unheard-the tens of millions of young Filipinos who work hard and willingly sacrificed their youth and personal dreams to help their families subsist. 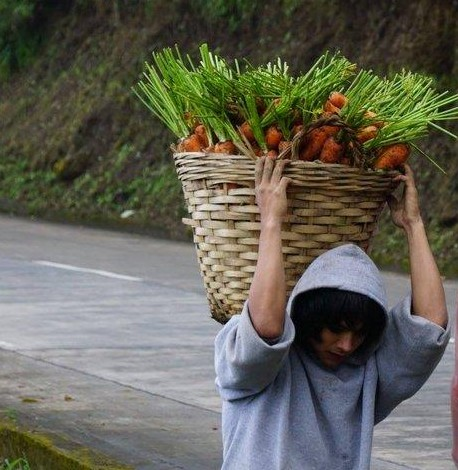 For the Igorots, these incorrect impressions about them is the price they have to pay for their independence. And they recognise Jeyrick Sigmaton’s importance and relevance to their culture. And like Jeyrick, the Igorots continue to stand proud of their true identity, of their achievements, of what their ancestors did, a successful struggle for independence that our Filipino heroes, can only dream of. For the Igorots, the Carrotman is the new symbol of hope- that could eventually end the Igorot’s different kind of struggle. For The brave warriors of the Igorot lands still strive to be recognised and accepted for what and who they truly are.

Local studies shows, the Japanese military forces in the area used the tunnel during World War II. The tunnel is...