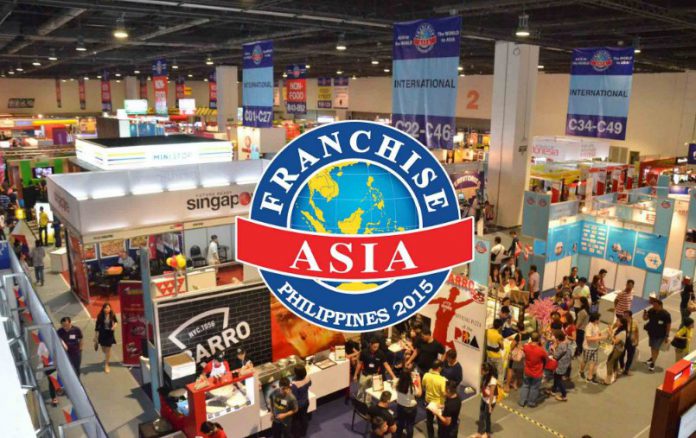 5 Of The Biggest Franchises In The Philippines And How Much They Cost – For people who have the capital and the drive, yet hardly have an idea how to run a business, franchising is one way to get a feel of being your own boss. “Franchising refers to the method of practicing and using another’s perfected business concept,” explains the Philippine Franchise Association on their website. “In a franchise relationship, the franchisee is granted the right to market a product or a service under a marketing plan or a system that uses the trademark, name, logo and advertising owned by the franchisor.”

In franchising, processing is fast, the risk is low and success rate is high, and with training from the franchise owner to make sure the business floats, you have the potential to earn big along the way.

If you’ve managed to set aside a considerable amount enough to start your own business, here are the five of the biggest franchises in the country you may want to consider.

If there’s a brand that might almost be synonymous with anything Filipino, it’s Jollibee, the biggest fast-food chain in the Philippines. From its humble beginnings as a mere stall in 1978 to a main driving force in the food industry today, Jollibee has always been true to its roots in offering Pinoy-friendly meals at a very affordable price.

If you want to become a part of Jollibee’s growing empire, you need at least P25 million to start a franchise, according to Pinoy Money Talk. Of course, even with the capital, your application is pending for approval.

If you’re going to do something, make sure to do it right and focus all your efforts on one thing. For the 400-branch strong Potato Corner, the goal has always been serving the public with amazing French fries fresh from the fryer. Just last March, the franchise recorded a record shattering sales of P1 billion since it started.

Do you want an investment that’s as golden as their perfectly cooked fries? Potato Corner’s franchise options range from P200,000 for the smallest cart to around P800,000 to P1.2 million for an inline store with seats. Grab it while it’s hot.

7-Eleven, one of the premier convenience stores in the country, has been lending their renowned brand to entrepreneurs who wish to become a part of their empire since 1998. According to their website, getting your very own 7-Eleven store means you have to shell out the following: P600,000 for the franchise fee,P170,000 for the initial supplies, P800,000 for the initial merchandise, around P2.03 million for the construction cost, and advance rent and deposit depending on the lease terms. That amounts to aboutP3.5 million for a business that never sleeps.

Petron, meeting almost half of the country’s petroleum needs, has an interesting take in making potential investors join their family, which players may find similar to the way entrepreneurship has been introduced to them by games like Diner Dash: you can start your gas station with 2-3 pumps and increase them should the demand goes up. With a very flexible expansion program offered to franchisees, getting your own Petron gas station can be more alluring than ever.

To start your Petron franchise, you need to have your own lot to build your gas station on, as well as a total investment cost of P1 million to P2.5 million, exclusive of a cash bond of P100,000. Once you’re done, expect your fortune to trickle like black gold.

Health is wealth, and if you want to invest in an avenue that is perennially needed, then go all in on the health industry, particularly the realm of low-cost generic drugs. Although it has been around since 1949, The Generics Pharmacy only started to open its doors to investors in 2007, making the company spread like wildfire in the next few years.

If you want to invest in a wide range medicines available to the public, the franchising fee for The Generics Pharmacy is P290,000 and the total cost of investment is P750,000. This covers the pre-launch assistance, staff training 15 days before and three days during operation, and other support packages.

There is nothing weird about this dish, even though it is a recipe by Andrew Zimmern of the popular show...