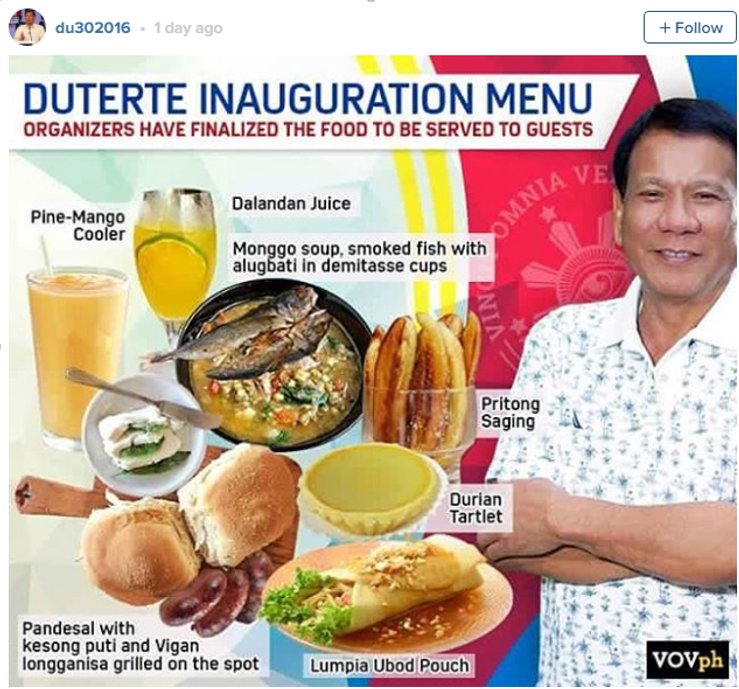 Duterte has wished to have a very simple inauguration Ceremony. With over 600 guests, his camp also confirmed that they will be serving simple Filipino foods.

In an interview with GMA news, Inaugural Committee member Lisette Marques confirmed that they will be serving finger food.

And instead of usual the wine or vin d’honneur, the Philippines’ 16th president has chosen to toast with coconut juice.

Aside from the simple Menu, the oath taking ceremony will also be held inside Malacanang, instead of Quirino Grandstand to avoid heavy traffic.  President Duterte’s inauguration rites will be held at Malacanang Palace’s Rizal Hall before Supreme Court Associate Justice Bienvenido Reyes.

Rizal Hall is the largest room in the Palace and it is used for large assemblies. This is the same hall where former President Ferdinand Marcos took his oath of office before addressing the public from the balcony of Maharlika (Kalyaan hall).

Finally, for presidential Fashion, The President is planning to wear his formal Philippine Barong Tagalog with Casual Corduroy slacks. 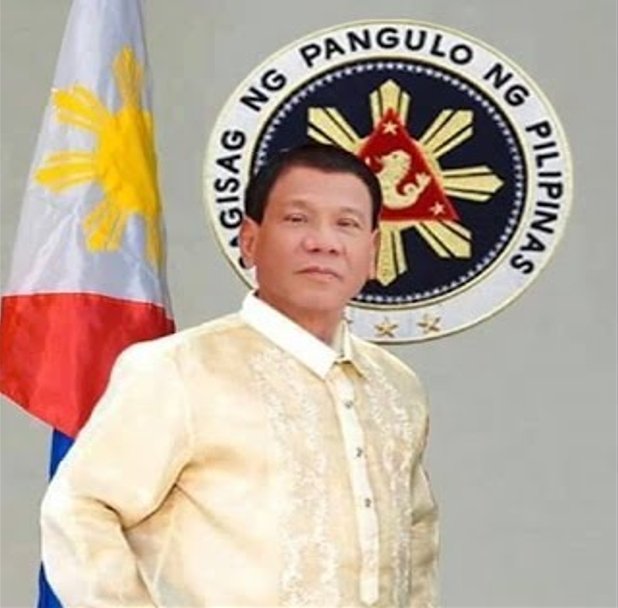 Below is the simple Program excerpt from Official Gazette:

The ceremony will be streamed live on Facebook for Filipinos.